On Saturday I attended one of my favourite 40k events of the year - Tim King's 500pt Summer Skirmish. This year, due to the apparent lethargy and disinterest of the majority of the 40k tournament scene, only 8 players made the event, but that didn't stop it being a fun day - in fact, the day was very relaxing and enjoyable, so perhaps the disinterest from the 'top-table' players could be a blessing in disguise for the tournament scene, leaving us with a less dominant meta and a more level playing field. Time will tell!

The day started with the players gathering around Tim King as he built his 500pt Combat Patrol ' on the fly'. He chose mech Guard - specially, a PCS in a Chimera, two infantry squads with Autocannon and Grenade Launchers in Chimeras, a Wyvern... and 5 Rough Riders! The gymkhana, as these latter models quickly became known, were a source of amusement throughout the day. They even blew up a tank at one point!

The playing field (in the order I played 'em) was as follows: 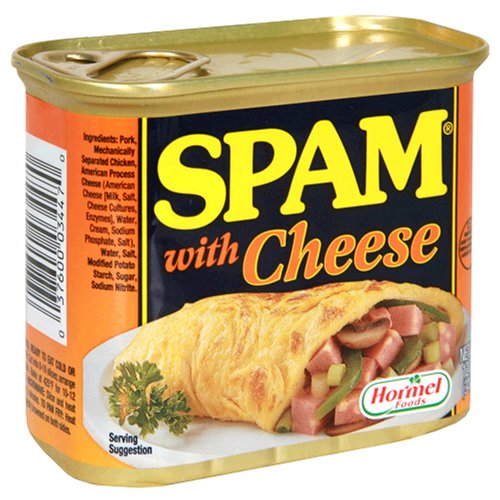 My first game was against a relatively new player called Alex, who was using a very nicely painted Mech Vet Guard force - three lots of Veterans in Chimeras, plus a Wyvern. My plan was to stay at arm's reach and to use my Serpents' Scatter Lasers and Serpent Shields to crack open his Chimeras. This done, the Reapers and Avengers (coming on from reserve) then helped to mop up the infantry and secure the three 3-point objectives which (in all games) were arranged across the centre-line of the 2' x 2' board, equidistant between the two players' deployment zones. The plan worked a treat, and my first game ended with an 11-0 victory to me (2 x3 points for objectives, first blood and 4 kill points).

Game two saw me face a local gamer called Swede, who was using an Eldar force of 5 Rangers, a Serpent, a Spiritseer, 3 Windrider Guardians and 3 Dark a Reapers with an Exarch. This game came down to who could kill the other's Wave Serpent(s) first. Both of us used cover to hide our Reapers, but our tactics varied on our use of Serpents. I like to use their mobility to move freely around the table, generally moving 6-12" per turn, picking off targets one by one. Swede instead found a very handy piece of cover behind a ruin, where he stayed stationary the whole game. In the end, my second Serpent proved to be the decisive factor. Whilst one traded shots with Swede's own Serpent, the second roamed the board, largely able to pick off weaker targets (Rangers, Reapers etc) without being threatened. The game ended 16-2 to me once I tabled my opponent. So far - two games, two wins! Uncharted territory for me...

Game three was against Adam Calver, who was in control of a fantastically converted Grot IG army. I've seen this army a few times before - it's the Grot 'rebellion' Guard army (with accompanying homemade glossy comic, no less!) that you may well have seen before. Aidan's army was very similar to my opponent's in game one, though with one major difference - one less unit of Veterans, in exchange for a Forge World Vulture loaded out with Lascannons and Hellstrike missiles. Knowing the flyer had to start in reserve, my plan was simple. This would be a race against time - destroy Adam's Chimeras and Wyvern before his terrifying flyer could arrive! My plan worked, and I managed to wreck the Chimeras on turn 1  and 2, before the Vulture arrived and dominated proceedings! My usual plan with Serpents is to use their twin-linked Scatter Lasers, Shuriken Cannons and Serpent Shields to glance off hull points off flyers, but in this game I really struggled. Adam took out one of my Serpents and then, on turn 5 I parked my other Serpent (importantly, the one belonging to the Dire Avengers) on the central objective, whilst my troops grabbed one or two other objectives. Then, on his turn 5, Adam dropped into hover mode and parked his Vulture right on top of my Serpent, hoping to shoot down onto it. Unfortunately for him, his guns couldn't swivel to point vertically down (7th edition has formalised the +/- 45 degrees vertical span of vehicle weapons)  and so the game ended. Adam thought he had the objective contested, but unfortunately for him he had forgotten that in 7th edition, troop transports have Objective Secured - and so the points were mine! In reality though, those three points weren't critical, and the game ended 10-2 to me.

Game four was against another less experienced player, Nick Pratt, who was using Space Marines (Tactical and Devastator Marines) with Razorbacks armed with Assault Cannons. Unfortunately I got first turn, and my army just seemed tailor made to fight his - my Serpents scrapped his Razorbacks and my Dark Reapers (with their strength 5, AP3 shots) made short work of his Marines. The game only lasted a couple of turns (with a 14-2 victory for me) and so we decided to play again - with each other's armies! With the tables turned, Nick proved successful this time round. In fact, he liked the Eldar so much he decided there and then to build an Eldar army of his own!

With four straight wins under my belt, it was time to face Mr. Tournament himself, Tim King and his Imperial Guard 'Gymkhana of Doom'. Tim set up his three Chimeras and Wyvern tightly packed in a corner behind a hill, where they proved very hard to dig out. The game was cagey, and my shooting was quite poor, and so the last turn hinged around a scrap for The central objective. Tim was very smart, and managed to nick the objective off me, winning 6-5 in the 6th turn.

Next I played Duncs, a good mate and fellow club member at our First Company Veterans gaming club. Duncs is a long-term Necrons player, so he ran an army of Warriors, Wraiths and Immortals. My plan was to stay back, and deny Duncs the opportunity to unleash his fearsome Wraiths, which I knew full well would rip my army apart, given half the chance. After a couple of turns Duncs realised he wouldn't be able to orchestrate a charge, and so he hid them behind a big piece of LoS blocking terrain at the centre of the board. That said, his other units were incredibly hard to shift, and I had to concentrate all my firepower into slowly whittling down his troops - which kept getting back up, almost every time! In the end, Duncs just didn't have the guns to take out my Serpents and the game ended 8-3.

My final regular game was against another mate and club mate, Graham 'Gripper' White. He was running a Marine army very similar to Nick Pratt's, but the game itself was very different, largely due to the very dense 'Space Hulk' style which Gripper was able to hid his Marines in. The game started well for me and I took out his two Razorbacks quite quickly, but then Gripper cleverly hid his Marines under LoS blocking terrain and made me come close with my Serpents in order to see them. As soon as I did, he ran at me, charging with melts bombs and krak grenades, and managed to table me by the end of turn three! The game ended 13-3 to Gripper.

So, after the seven regular games I was alone on five wins, with Adam Calver on four wins and quite a few folks on three wins (I think... I was in shock at this point!). To decide an overall winner, Adam and I played off again to see who would take the tournament trophy.

This final game was another cagey affair, with both of us knowing what each other's armies were capable of. My threats were obviously the two Wave Serpents, whilst Adam's Vulture was his ace-in-the-hole. My advantage was that his flyer wouldn't be on til at least turn 2, so I had to try and eliminate Adam's Chimeras and troops whilst the Vulture was off the board. Like our first game, I managed to wreck his two transports quite easily, but this time he had rolled a Warlord trait which allowed him to outflank a couple of units - specifically, his Veterans. They arrived on turn 2 right next to my Dark Reapers, and made mincemeat of them with their high rate of fire and BS4. Also arriving on turn 2 was the Vulture. It arrived and targeted one of my Serpents but it fluffed it's lines - it's Lascannons and missiles failing to score a single glance or penetrating hit! In my next turn, I pushed one Serpent right onto Adam’s board edge, to prevent his Veterans' Autocannons and Grenade Launchers from being able to hit the Serpent's tender rear.  My other Serpent swivelled on the spot. Both skimmers opened up and, over the course of two turns, managed to down the flyer with twin-linked snapshots. By the end of the game, I had a single Serpent left, whilst Adam had a largely unmolested unit of Veterans in my deployment zone. The game ended up a draw - equal kill points, no objectives for either side, and one secondary objective each (first blood to me, line breaker for Adam). There was only one way to decide a winner of the tournament... FIGHT!

We each placed a single model 7" apart - I chose a Dark Reaper whilst Adam chose a Veteran Sargeant. Adam won the roll for initiative and went first. He fired his Laspistol but my Reaper's 3+ save proved ample. His Sergeant then charged, but my Eldar hit first, sadly failing to cause a wound with his single attack. His Sergeant then hit three times and caused a couple of wounds.  Could I make three 3+ saves? Sadly not, and Adam won the shoot-out. A disappointing end for me, but a very tense - and perfectly fitting - way to end a fun day out like Summer Skirmish!