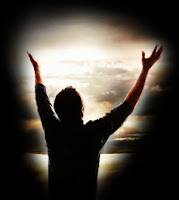 After day 1, I was not hopeful for a significant improvement on day 2 but it was a beautiful morning and I'd had a very good game of Blood Bowl against Darren the night before so I was still feeling a little upbeat. So I jumped gamely into my car determined to give it the good old “college” try.

I'm not totally sure about all the options he took but this is pretty much all of the models he had.

Getting 1st Turn was pretty key for me knowing the Railguns would make mincemeat of my vehicles and the Land Raider in particular I managed to get my guys as far across the table as possible. I was also deep striking my Sang Guard so I could get them close and expose them to as little AP1 and AP2 weaponry as possible. Basically the plan went as described and my scoring elements were able to weather the incoming firepower which was reduced by the amount of shots he directed at the de-meched Termies and the deep striking Sanguinary Guard. While both of my assault units were whittled down in the onslaught they both managed to make contact and do their thing against a notoriously poor combat army.

However because of the positional relay the game had a sting in it's tail with two Devilfish loaded with Fire Warriors and the Kroot making an appearance on turn 5. Fortunately the game went 7 turns or I would have been in real danger of only managing a draw. As it was I was able to take out the last vehicles and squads contesting objectives to win 3-0

I know I made mistakes here, huge ones that really cost me the game. I castled up in cover in the back right corner of my table edge behind some heavy cover trying to get the best cover for my uinits. This made no difference of course because he was deep striking everything and now I could quite easily become cornered while his Terminators arrived. I also decided to get my Terminators out of my “Land Raider” to wrap round it, to what end I have no idea because all it did was give his Vanguard Vets something to Heroic Intervention against and typically I failed three out of four 3++ saves and another 2+ basically removing them as a threat. Really don't know what I was thinking there, total “brain-fart”. Fortunately my Land Raider survived the initial Melta onslaught and could make good use of it's Flamestorm Cannons on the nicely clumped up Assault Squads. However because I was so pinned in by the terrain and the Vanguard combat I could only really get one squad in my sights.

On the right flank my opponent's Terminator squad was easing it's way though Razorbacks and Assault Squads and I was haemorrhaging Kill Points. We got to a point where I could not come back, my Sanguinary Guard unit again did an excellent job in trying to redress the balance but the eventually fell to the massed Power Weapon attacks of the remaining Vanguard. But his against KP efficient list was I was in a hole I could not dig myself out of and the game was effectively over at the end of turn 4. We didn't count up but it finished somewhere around 8-4.

So I ended up 36th out of 48 players on 2 wins and 4 losses which was a fair reflection on how I played. Game 5 was by far my best performance tactically with a simple plan executed well and then a good recovery at the end of the game to fend of his late game reserve surge. Game 4 was won thanks to luck and some poor decisions on the part of my opponent who should have punished me for the mistakes I made but was unlucky not to be able to take advantage when it mattered.

As for the other 4 games, what have I learned? Firstly I do not play the shooting game well, I think my natural play-style is assault and the only thing that's holding me back is available models. At 1000pts I just did not have enough killing power and my game plan was too reliant on the manoeuvrability granted by fragile Razorbacks. If I'm going to play a shooting game at distance with Razorbacks, I need to plan to be stationary, but I think I'll build my list differently in the future!

Secondly I need to keep it simple, I tend to build units for certain jobs and then when I'm faced with an opponent I change the plan which breaks the effectiveness of the unit. I think I need to have the courage of my convictions I had when I built the list in the first place and leave it alone on the table top. Trust it will do its job and change the plan only if it is effectively countered.

Lastly I learned that I love Sanguinary Guard, they were by far my best performing unit on the weekend, as such I intend to build my Blood Angels lists with them in mind in future.

While I didn't have great success this weekend the Tournament was a great one and I will be going again next year if I manage to get a ticket in time. The skill is both in the playing of the game and the building of effective lists at all the point levels and I really like that about it and look forward to next year.
Posted by Unknown at 11:00