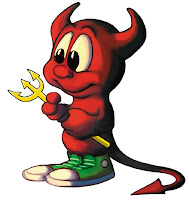 One big win and one big loss, this could still end happily with a good result in game 3, however when I got to the table I saw Daemons on the other side with a huge unit of 'crushers and those other favourites, Fiends. This was going to be tricky! It was nice to see a Bloodthirster as I'd not seen once since my very first game against Daemons back in OW13. While, like the Tyranids, I was going up against an assault specialist army with a weaker assault army, this time I did not feel as negative as this list was far smaller and more elite. My ranged firepower may be able to effectively support my assault units in this one … with a little luck. For the last time my list can be found here.

Bloodthirster w. Might
Lord of Change w. Breath and Master of Sorcery

I gave Jon first turn because I wanted to be able to leverage my speed at the end of the game to go for a win on the mission. He got his preferred wave and on came the 'Thirster, 'Crushers and a unit of Fiends. I sacrificed my Baals to keep his 'Crushers busy for a turn and focussed my firepower on the Fiend squad, managing to take them down to a single model. I positioned my Furioso and Mephiston to head off the Bloodthirster.

Jon got nothing extra in turn 2 and my positioning was good because I was able to get the charge off on the Bloodthirster, The presence of a Sanguinary Priest gave the Dread and Meph Furious Charge. Mephiston was only able to do a single wound … enter the Furioso. Consignment to immobility in the last game had clearly got his dander up as he inflicted 9 wounds on the Bloodthirster thanks to the Talons, which could not all be saved. Unfortunately the 'Thirster went simultaneously and was able to destroy the Dread but it was a glorious death.

In hindsight (there's that awful word again), the Dread would have been better served ploughing into the 'Crushers who had only a very slim chance of being able to do anything about him and in turn he could have inflicted severe pain on them but it's all part of the learning experience. As it was I also had a chance to block both the Crushers and the Blood Letters (when they arrived on turn 3) with the Riflemen Dreads but I did not think about it until it was too late and the damage had been done. I'll remember for next time.

In other news I threw away my podding Tac Squad thanks to poor placement and similarly misplayed my Assault Squad by attempting to wipe out the Pink Horrors. This move left them in charge range of the Bloodletters and that was only going to end one way! Meph was also finished by the 'letters but not before he'd managed to take out the Lord of Change, another good showing for the big fellah.

In the end I was able to pull his Blood Letters out of scoring position with a charge from one of the Riflemen and the other finally got into combat with the 'Crushers and was able to hold them up for 2 turns. With a last turn dash across the table by my razorbacks I was able to score more mission points than Jon but the difference was not sufficient to secure a victory, instead it was a draw and John edged me on battle points (related to VPs), by two. So it was a minor loss but one that I greatly enjoyed and felt pretty good about, the mistakes I made were things I saw during play and was able to gain some benefit from, next time I'll see the opportunity sooner and make more of it.

All in all it was another great Open War and although I finished 11 places lower than in the last two I feel better about the result. Mid-field is more representative of where I'm at as a player and the games were all challenging in different ways and taught me something about my army. Where Special Characters are allowed I'm going to stick with this list for a while and try to get better at using it (well I may tweak it a bit to try and get a Dev Squad in in case of 'Nids).