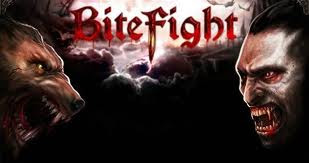 So after a decent if not overwhelming lunch featuring Andy performing the feat of the day (balancing at least 10 sarnies on a saucer) and me sharing some of the worldly advice on women that I so often dispense at tournaments. I headed upstairs to see who my game 2 opponent was.

To my surprise and happiness I see a Chaos space marines army facing me and just as we swap lists and I smile to see double lash and minimal scoring units which I feel I've got a good chance against with my 2 Rune priest list an announcement comes over that someone made a mistake with scoring and that isn't who I am facing. DAMN.

My new opponent is a Blood Angels army owned by Brett from The Good the Bad and the Dudley.

Over my tournament career I have played a number of players from this team and they have all been really good lads so I was hopeful of a nice friendly but competitive game and I certainly wasn't disappointed.

I'm a little bit fuzzy of the list but I will try my best.

The mission was table quarters (2 points for holding an opposition table quarter with troops 1 for 1 of your own and you had to win by three points) with a dawn of war spin, you could deploy as many troops and HQ's as you want including dedicated transports but nothing else.

Because I had no idea where he would deploy I split my forces, used the turn to run my long fangs into the cover (which is so much better at Maelstrom than WHW) and stuck my dreadnought in the centre of the board in the hope that it would be able to threaten the entirety of the board and if nothing else tie up a assault squad minus a power fist in combat.

Brett brought his land raider on straight in front of a rhino with double melta and a speeder, hope of destroying it if at least one of those units can survive? Unfortunately no plan survives contact with the enemy, the land raider missed, my speeder but then I was reminded that all blood angel vehicles not just the Baal preds are fast and 3 predators firing later my speeder was a crater and my rhino was a hulk.

My turn two left me with my usual choice, do I play the mission or avenge my speeder and rhino with the squad, surprisingly I unwolfyly turned tail and ran so to stop the threatening terminators from quickly leaving me a squad down. The other half of my army continued to push forward to claim quarters while my long range fire power pumped shots into the front armour of the predators, eventually a missile shot got through, bounced around inside and left a smoking hull on the table, some sort of a result at least.

Brett's turn two saw his scouts and 3 combat squaded units come on, the scouts took the quarter that my unit had just made their tactical withdrawal from while the DOA troops landed in order to threaten my rhinos with their meltas, luckily for me one squad landed on a rock and was destroyed out right but the other two made light work of my las plas back and one of my rhinos leaving only one remaining. The big implication of this round of shooting was that my las plas squad were pinned and a flamestorm cannon was looking menacingly at them.

Turn 3 saw me move my dreadnought into position to get a side shot on a pred that it immobilised, took a weapon off and stopped from shooting so a result while my second speeder who had skirted the side of the board appeared 23 inches away from the rear armour of the remaining predator, one melta shot later and it was a steaming pile of molten slag, a lack of enemy long range fire power could perhaps turn this certain draw into a win. My fleeing squad continued to flee from the approaching raider.

Brett's turn 3 saw the inevitable flaming of my squad leaving me outnumbered on scoring units just about 2-1, he failed to bring down his remaining squads but that was no issue for him, choosing not to re roll in the guarantee that they would be on the table the shortest amount of time.

My turn 4 saw my speeder head towards his scouts who were hiding in a corner, they went to ground when the long fangs turned their missiles on them and survived the salvo crouching in their fox holes. The dreadnought finally finished the job it started on the predators and moved to repeat its first game job of slowing terminators. The two remaining squads of assault marines on the table died to a combined grey hunter assault and missile launcher bombardment. I now bettered the scoring units on the table controlling 2 of my quarters and 1 of the oppositions but as we know there were two units to come down.

Brett's turn four saw the remaining units fall but surprisingly they made sure of the draw rather than the win, the terminators, priest and librarian finally got out and assaulted the squad that had been playing cat and mouse for the game, surprisingly the grey hunters made a good account of themselves with the rune priest cutting down the librarian with a force weapon attack and my wulfen biting through a few inches of ceramite to chew down on a lightning claw wielding terminator. I lost combat but only required a 8 to stay in which I did, result!

The game didn't have a random end, it was definitely going to go on for 6 turns but the end was in site, a draw was going to be the outcome unless something catastrophic happened on either side. I moved a squad into the centre of a quarter out of line of site to guarantee the point and continued to move my speeder to the scouts which fell just short of flamer range. I also shot 15 missile launchers at his land raider glancing it once and stopping it from shooting.

In Brett's turn he consolidated one of my quarters by finishing off the rune priest and grey hunters them taking 1 thunder hammer terminator with them.

We decided to call it a day there, both of us had just made it onto the next point bracket for VP's so we weren't going to gain another one and neither of us would be pushing for the win, it was just too dangerous. When the points were totted up I had killed 100 more points of units than Brett so I ended the game with 16 points and Brett with 15.

Overall it was a really enjoyable game. I didn't see any glaring errors, I split my forces and perhaps if I hadn't it would have been easier to kill the Land raider that caused so many issues but I had have done it would have been far easier to pen me in. In the end the problem lay with the mission, unfortunately it wasn't a good one. It was too weighted towards the draw, it was a story that was heard all over the hall, to guarantee a win all you had to do was bubble wrap one squad in one of your opponents quarters, as soon as that happened, it was virtually impossible to win. Having spoke to the organisers I know that this will be sorted for next Open War so I'm not grumbling too much.

Unit of the match was probably my rune priest that cut down an enemy librarian, he also blocked the only psychic power of the game so it was a double victory although again my dreadnought decimating a predator made back its points by far.
Posted by Unknown at 07:39