As I mentioned in my last post, I have recently joined the Aus30k Global Heresy worldwide campaign, along with my regular gaming opponent (and good mate!) Duncs. He and I always have fun games, as we often try out homebrew missions and we tend to link our games together into thematic narrative campaigns. Our first campaign was focussed on a Tyranid splinter-fleet invasion of a Space Wolves garrison moon in the Fenris system; our next campaign is a Horus Heresy era campaign based around the defence of the mining world of Kug'Arkal. Our games are actually part of the wider Global Heresy campaign, so the results of our battles affect the overall outcome of the whole campaign!
THE WORLD OF KUG-ARKAL
The overall premise is that Kug'Arkal is a mining world, with obvious strategic benefits to the victor in terms of it's lucrative and valuable mineral deposits. More on the world's background can be found HERE.
THE COMBATANTS
Im our games, Duncs will be using his new Skitarii and Mechanicus miniatures as Dark Mechanicum, representing the sinister forces of the traitorous Warmaster. I will be representing the altogether more heroic(!) Loyalists with my Squat Guard. The early campaigns are limited to around 1,000pts, thus giving us time to slowly build up our forces. For Duncs, this means starting a whole new army! I actually already have around 4,000pts of Squats, though I will be adding some more converted vehicles to it over the coming months (more on that at a later date...). You can see a fluff description of the Squat Guard HERE.
THE BACKGROUND TO OUR GAMES
The story is that Duncs' Dark Mechanicum have taken over part of Dogon Station, which is an orbital docking complex high above Kug'Arkal's surface. The loyalist Squat Guard have answered a call for assistance, but on arrival into Dogon Station, their ship mysteriously loses control and crashlands. Game one played out the scattered forces of the Squat Guard and the Dark Mechanicum's first skirmishing encounter (you'll find a write-up of our first game HERE on the Aus30k website), resulting in a comprehensive victory to Duncs and the Dark Mechanicum! At the end of that first game, the Squat Guard have been pushed back into their deployment zone, representing the Loyalists attempting to regroup and then rally their beleaguered forces. Game two (to be played this  Friday night) will see the Squat Guard attempting to break out of the docking zone to establish a defensible beach-head on Dogon Station while they await reinforcements from their orbiting fleet.
Posted by Grazer at 12:15 No comments: 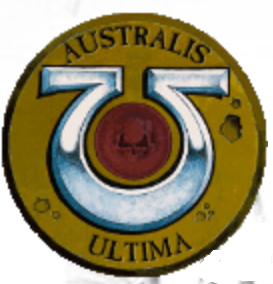 Dono over at the Aus30k site has just released the new Global Heresy campaign for Horus Heresy. It is a worldwide campaign system based in the 30k / Horus Heresy universe, whereby any game you play locally (with your mates, at a clubnight or even at a campaign weekend or tournament) counts toward the worldwide result. I really like it as it gives your games a greater meaning than just the pleasure of smashing your opponent (if only...!).

The way it all works is that firstly, you sign up for an account on the Aus30k site by clicking 'Create Account' in the top-right corner. This only takes a couple of minutes, although it does take a day or so for Dono to approve your account and send you a password - he is running the whole worldwide campaign and doing everything himself, so there can sometimes (understandably) be a delay!

LOGGING YOUR ARMY ON AUS30K

Once you have your account created and have received a password, you can log your 30k army (or armies!) on the site. To do this, you go to the top of the homepage HERE and then click on the picture of the army you want to create. On clicking the Astartes Legion of your choice (or Mechanicum icon or Solar Auxilia icon) , you are taken to that army's page. In the box on the righthand side is a button saying 'CREATE A LEGIO ARMY' Click here - but do NOT change the text in the box just above it, as this is your army's unique reference, which you'll need later when you're creating Battle Reports.

Here's where it gets a bit tricky - especially if you're a techno-luddite like me. The army creation page is quick tricky to use, as it has to be entered in a very particular and peculiar way! However, there is a guide HERE. I found it easiest to select the whole lot of text in the template, copy it all and paste it into Word or Notepad for editing.

The bits you need to fill in are listed below:

- ARMY NAME This is the formal name of your army.
- CATEGORY: Uncompleted Army (while you are creating your army page); change to Completed Army once you have added all of your information.
- CATEGORY: Template (remove this line altogether - it's not needed).
- FORCE IMAGE: Here you can upload your own army badge, icon or image - or use one of the pre-existing Legio images which have already been uploaded (i.e Legio III.png).
- CAPTION: This is a short motto or description of your army badge/icon.
- COGNOMEN: this is a less formal nickname for your army.
- ALLEGIANCE: choose either Loyalist or Traitor!
- HISTORY: This is where you write your army's background fluff.

As I am currently building a Heresy-era Space Wolves army, I will show my examples for each stage:

- ARMY NAME 12th Great Company.
- CATEGORY: Uncompleted Army (while you are creating your army page; change to Completed Army once you have added all of your information).
- CATEGORY: Template (remove this line all together - it's not needed).
- FORCE IMAGE: Here I would choose a suitably 'wolfy' icon!
- CAPTION: "Tear Hard and True at your Enemies' Throat!"
- COGNOMEN: The Great Company of Jarl Edric Vaettassen
- ALLEGIANCE: Loyalist
- HISTORY: This is where I will write all my fluff for this army

Once completed, you can press save. When your army entry is fully complete, don't foget to change the Category to 'Completed Army'. This will alow you to use this army in Battle Reports, etc.

PLAYING GAMES AND FILING A BATTLE REPORT
There are three worlds to fight over in the Harkarialis System in the current Global Heresy campaign. Each belongs to one of the three Horus Heresy / 30k podcasts, which you'll find HERE:

In each case, there is a page dedicated to each planet, describing the world's geography, population etc as well as a suggestion on the style of games which could be played there. I have chosen the world belonging to the Eye of Horus guys, as I find that podcast very, very enjobable!

To log a battle report, you click into the planet you have fought your game on, and then click on the heading 'Battle Reports' which will take you to a page where you can add the details of your game, as follows:

- REALDATE: the date you played your game on, in the following format: 1 January 2014
- SUBSECTOR/SYSTEM/PLANET: These list the solar system and planet which you are fighting in. These should already be filled in if you open the Battle Report via the Planet you are playing on!
- FORCES: Enter the army codes for the armies involved, in either the Loyalist (yay!) or Traitor (boo!) sections.
- Battle Summary: This is where you add the main 'fluff' of your battle report.
- Battle Gallery: add pictures of your game here

At the end of this process, click 'save' and your report is added to the overall campaign. At the very minimum the report should include Date of Battle, Sub-Sector/System/Planet, Loyalist/Traitor, and a summary of the game.