It's been a while since I talked about the projects I'll be working on in the near future, so here is my plan: to publicly share my intentions, and to log my progress on each project as I work on them!

My first task is to complete the 30k army I am working on. It is a 2,500pt Space Wolves force which makes full use of the Orbital Assault rite of war. The army consists of five drop-pods, two tactical squads, three tactical support squads and a large deepstriking Terminator squad, along with HQ characters and a couple of Apothecaries.

The infantry models are being converted from fantasy Chaos Warrior models, while the drop-pods are actually Ranshackle Games' boring machines, which will represent boarding torpedoes for my veteran army.

I have actually progresses quite far with this army, so look out for another blog post soon with pics of these models.

Once the 30k Space Wolves are finished off, my next plan is to build some 30k/40k '28mm' vehicles for my ongoing Squat army.

First, I have a Land Train to build, made by the ever-excellent Ramshackle Games. This model doesn't need too much conversion so I'm hoping for a quick, simple build. One thing I do need to do is to decide on exactly what rules and units from the 40k Imperial Guard and 30k Cults & Militia codexes. Suggestions please! 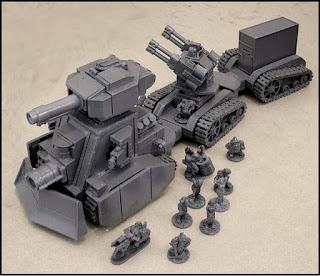 Next, I have three Valkyries which will be converted into Squat 'Iron Eagle' gyrocopters. The main hulls are already perfect, so all I really need to do is to make the circular propeller housings and modify the wings to accept them. 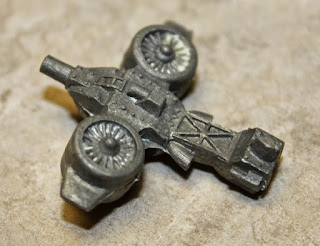 Finally, I will attempt to build a Leviathan super-heavy! I was lucky enough to acquire a Baneblade hull for less than £20, so I will break it apart and begin the process of rebuilding the main structure of the Leviathan using plasticard. This may well turn into a labour of love, but I am looking forward to getting started on this model once the others are completed. 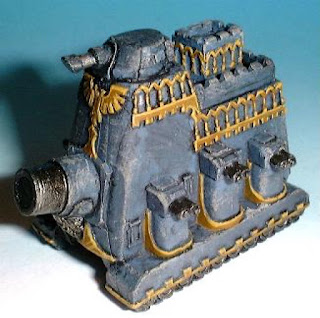 This last one represents another whole new army for me, and one I've always wanted to do. It is an assault-themed Heresy era 30k World Eaters army with a strong Khorne Daemon contingent.

My plan is to use the Khorne Daemonkin book for the Daemons, choosing a Bloodthirster to lead the army, a Daemon Prince from the heavy support slot which I would model as Daemonic Angron, and then some cheap Bloodletters and Flesh-Hounds to screen the Astartes force. The World Eaters allies would be led by a Praetor, tooled-up for combat, and utilising the Pride of the Legion rite. The rest of the army consists of two squads of eight Veterans, each with five power weapons and Sergeants with power fists and plasma pistols. These two squads push forward in a pair of Land Raider Proteus'. The Praetor and veterans would all be modelled using plastic Berzerkers.

The force probably isn't 'competitive' in the slightest, but that isn't the point! I think it perfectly fits the feel of a late-Heresy World Eaters force, combining traditional Astartes warriors and the Daemonic horde accompanying them. 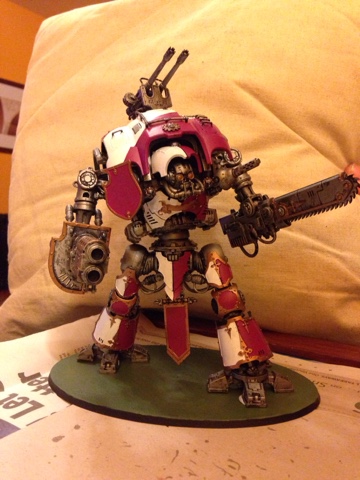 Fellow Claws & Fists blogger Duncs is running an Ad Mech army at Blog Wars tomorrow. Here is a sneak peak of them! 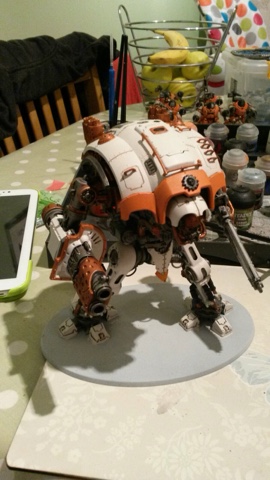