Team Claws & Fists will be attending the 40k 'Allies of Convenience' team tournament on 29-30 ovember 2014 at Sanctuary Games in Sutton-in-Ashfield. The team, and probable armies, are as follows: 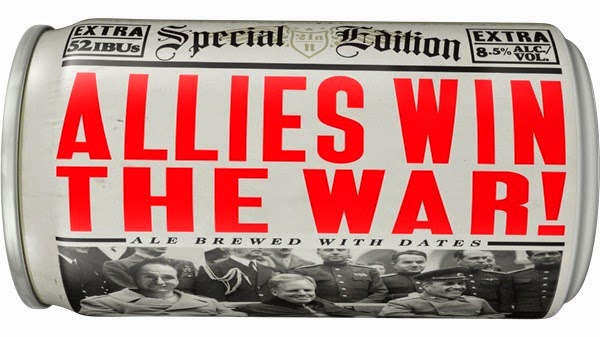 Graham - Astra Militarum or Eldar
Young Josh - Daemons
Darren - Grey Knights
Andy - Space Marines (or Orks, if the new codex is good)
More information on the tournament can be found by following the link below:
GENERAL INFO:
https://www.facebook.com/events/643900765666658
Players will also need to make themselves familiar with the rules pack (link below) which details army list composition, allies etc.
RULES PACK:
https://www.dropbox.com/s/eb9t9eahwpoumiy/Allies%20of%20con%20RP%20V1.pdf
Posted by Grazer at 12:38 3 comments:

The tournament will take place at Sanctuary Gaming Centre in Sutton-in-Ashfield (full address below):
St' Michaels & all angels church,
St' Michaels street,
Sutton in Ashfield
NG17 4GP
Tickets are £20 and include lunch on the Saturday.
There is quite a set of restrictions to selecting your army list. You can find more information by following the links below:
GENERAL INFORMATION:
http://warhammer.org.uk/phpBB/viewtopic.php?f=64&t=123601
RULES PACK:
https://www.dropbox.com/s/jw3o519991321ru/summer%20skirmish%202014%20RP.pdf
The event itself is great fun, and allows tou to pit your 500pt army against thirteen different opponents over the two days. There is always a gfreat vibe at the event, and I strongly recommend it to everyone who enjoys fun 40k!
Posted by Grazer at 11:15 No comments:

In November, the UK 40k team tournament is going ahead at Sanctuary Games in Sutton-in-Ashfield (near Mansfield, Notts). After throwing out a request for players to join a team, I'm delighted to say we had nearly a dozen requests! This of course means they'll be three teams coming from the blogosphere.
The first team will be led by Alex ‘From the Fang’ Brown, who runs the most excellent Blog Wars tournament twice annually. His team will consist of gamers from the northern stronghold of Sheffield and the surrounding areas.
The other two teams consist of gamers predominantly from the Nottingham area, most of whom are regulars at the First Company Veterans 40k club night at Warhammer World. After having analysed which armies each player can bring, I have rationalised the seven interested players into the following two teams:
‘Team Claws & Fists’
Graham (me!) – Astra Militarum / Tyranids / Eldar
Young Josh – Daemons
Andy ‘Fudal’ Lane – Space Marines / Tyranids
Darren ‘The Baron’ Grainger – Orks / ???
‘Team Blood Claw’
John ‘Blood Claw’ Holland – Space Marines / Astra Militarum
Daryl Dudey – Eldar / Daemons / Orks
Al Shrive – Tau / Daemons / Tyranids
??? (Tom?)
Just a few words about the rationale between the selection of players for the two teams. Firstly, I have tried to include at least one ‘top tournament’ level player in each team; that is, John Holland in Team Blood Claw, and Andy / Darren in Team Claws & Fists. Secondly, I tried to make sure that there was as little crossover as possible in terms of playable armies for each team – eg, both John and I use Astra Militarum as one of our ‘main’ armies, so it would be unwise for us to both be in a team together as we couldn’t both use our preferred army.
Anyway, that is the plan as it stands at the moment!
The next step is for each team to procure their team ticket. Tickets should be available from this weekend, via the Facebook group set up by Sanctuary Games. Tickets are £80 / £90 per team (ie £20-£23 per player). I will buy the ticket for Team Claws & Fists. John – are you able to coordinate with your team and arrange to get your team’s ticket?
Once we have tickets, the next step will be for each team to begin the process of deciding which armies to each take, list-building and match-up analysis (I’m looking forward to that part!).
John / Daryl / Al – I am quite happy to leave the organisation of your team completely to you! Basically please treat your team as completely your own thing. I hope that will be ok for you guys?
Posted by Grazer at 13:33 7 comments:

It looks like we have the core of a team potentially available for the 40k team event. I would like to ask people to double-check your availability for the dates (29-30 November). Please can you check to make sure you are free to get to Sutton-in-Ashfield (near Mansfield, Notts) for that weekend - and clear it with your missus too!


The tournament pack states that each codex may only be used once. Therefore, please can you let me know (in the comments section below) what competitive army/armies you are able to potentially use in November, including of course which would be your preferred option!

Up For A Team Challenge?

In November, Sanctuary Games in Sutton-in-Ashfield are running an intriguing tournament - it's a 2-day team event called 'Allies of Convenience'. The reason I like it is that each team of four players can only select each codex once, meaning of course that we should see some interesting armies on the tables (rather than the usual glut of Tau, Eldar and Daemons on the upper tables).


The details are as follows:


I  fancy trying this tournament out - so are there three equally interested gamers out there ready to join Team Claws & Fists?