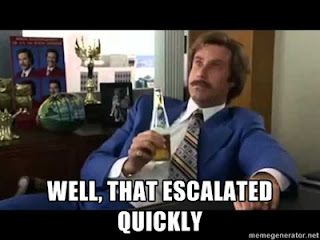 Two games down and two wins, we were certainly feeling flattered by our luck and the fact that the lists we had faced had generally been good match-ups for us. Up next though was a very nicely painted Ork army with two Dakka Jets, Zogwart (or "Lysander's Bane") and a squad of Nob bikers lead by a Warboss. I felt a little better when I found out that only 4 of the bikers were Nob bikers but with the two huge Shoota boys squads as well I felt this was not a particularly good match-up for us.


Buoyed by our success in game 1 we felt pretty good about facing off against Tyranids in game 2; and when our opponents said they were sticking with the book psychic powers rather than taking Biomancy I have to say I thought we were probably going to be able to take this one.

Mission was Emperor's Will with Dawn of War deployment 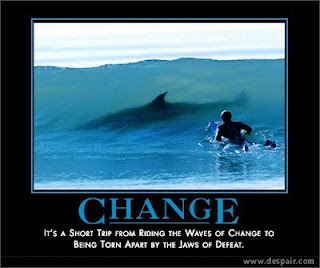 Battle Brothers I - How I See It. 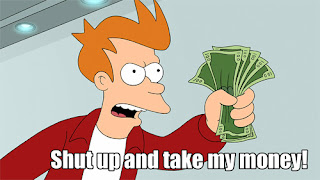 Battle Brothers I is over and I can safely say it was a tournament of two halves. Out of 119 Battle Brothers, Team Claws and Fists finished a rather surprising 29th, troubling the top 25% for probably the first time in the history of this blog. Was it a moment of tactical genius or were Gav and I taken over by extra terrestrial beings of immense power, superior table-top war-gaming ability and fabulous dress sense? You can decide for yourselves as I recount our experiences at Warhammer World this weekend with a report from each game every day this week (you lucky reader, you!).

To keep you tided over until the first one drops on Monday afternoon I thought I'd say a little something about the tournament in general.

Firstly, show me the money! These weekends are not cheep, at a little under £100 they are about twice the price of the independent tournaments (per head), so what do you get for your money? Well, the food's really good ... they give you a pen in the player pack, which is presented in a card folder ... and you get a plastic name badge ... erm ... they provide trays for your army. Oh and they run a 5 game tournament over the weekend. Joking aside I don't think it's terrible value for money but I am a little disappointed that there's not some prize support or just better trophies for all of the winners; let's be honest, the certificates they give to the winners (glass trophies for 1st place aside) are more than a little bit rubbish.

Secondly, random pairings. There was no "Swiss" system for the pairings, it was randomly done for every round. If I really think about this I've got to say it doesn't bother me greatly, it goes with GW's philosophy for discouraging serious competition which is fine, it is their game after all! However I do like the way that the Swiss system will typically put players of a similar ability together after a couple of games. That said, I think each methodology has it's place in the tournament scene, and if I go to a ranking tournament I would expect it to be a Swiss pairing system but for something where even if I win every game I'm still not guaranteed to win (more on that at the end of the week) then random pairings is perfectly fine. Thinking about it more, we play a dice game, we should all be comfortable with a reliance on the random.

I could go on but I'll just finish off by saying that this is not a tournament for players expecting to be rewarded for smashing each of their opponents out of the park. If you want to be judged purely on your ability to play the game, stick to the independent circuit. However, if you can get past the fact that your results may not transform themselves into a podium placing (or whatever your aspirations are) then you'll certainly enjoy tournaments like this. Not just because it attracts a very different spectrum of gamers from the indie circuit but because there's a slightly more relaxed mood in the room, or at least that's how I saw it.

Did anyone here also attend Battle Brothers this weekend, or have you been to a GW Doubles Tournament in the past? Let us know what you thought about the event in the comments below.

Man! It took us a couple of weeks (maybe months) finally settled on the following list for the Battle Brothers Tournament two days before-hand! It's a slight tweak on the list we play-tested against Grazer earlier that week:

For better or worse this is what we're taking, it feels familiar and comfortable to me and as long as we can stay away from Murderous Hurricane I'm hoping that Lysander will be able to make it to the end of a couple of games this time!


Games Workshop’s, Winter, “Battle Brothers” Doubles Tournament is nearly upon us and, in typical style, Gav and I only managed to sit down and agree on a list last weekend. While we were both completely sober in this endeavor we have had exactly no practice and I have the majority of 6th Edition experience with less than 15 games played (over 1000pts). Oh, and add to that the fact that we’ll be using a Space Marines/Blood Angels list which neither of us have any experience playing (it’s been all Tyranids for me and Gav is Mr Space Wolves), and I think you can understand why expectations for success will be set rather low ... for a change!
When I said we had “agreed” on a list, what I meant to say is that we had agreed on 95% of a list but there is still a little discussion going on over fine details so without further ado here’s what we’re currently mulling over:


OK, I only downloaded this about 45 mins ago but here are a couple of things that jumped out at me:

Special Rules look a bit Grim - "Grim Resolve" seems to take away the best part of ATSKNF, i.e. if the unit contains a model or models with this rule then they cannot choose to fail morale checks. Bummer

More Tactical flexibility - A Tactical Squad with a Vet Sgt, Flamer and Missile Launcher is the same cost as in C:SM, however you don't need to take a Vet Sgt and you can take either a special or heavy weapon with less than 10 models in the unit. Small change but allows you to better min/max the unit to fit the points you have available. It's a similar story with the Scouts too.

I've been thinking about which events I'm planning on going to in 2013, and as ever my first port of call is the Warhammer Forums page here:

One in particular caught my eye - Animosity: In the Age of the Emperor. This is actually a campaign weekend rather than a tournament, and that is what appeals to me. I'm not naive enough to think that folks won't still take competitive lists, but what I do hope it that it will be played in a friendly manner, rather than the unforgiving win-at-all-costs mindset which unfortunately creeps in from time to time at tournaments.

Animosity run a number of campaigns, with three being planned for 2013, as follows:

The March 2013 event is set during the Age of the Emperor (hereafter abbreviated to AotE) and is based around the Ullanor conflict, which of course pitted the Emperor's armies against the largest Ork Waaagh ever mustered. The campaign weekend features four games over two days. Game one is a mass-participation, 1,000pt each airborne assault on the Ork stronghold, where every Imperial force must be a minimum 50% of flyers, skimmers, jet bikes, jump infantry, winged or jet pack infantry.

Game two represents the logical follow-up to game one, it being an orbital invasion of the Ork base, with all Imperial forces starting from reserve. The force organisation is simpler this time round, the only real changes being that HQ (0-2) and Troops (0-6) are optional, but Fast Attack are mandatory and are a 3-6 choice.

Game three is a doubles game, each player fielding 2,000pts (I think; it could be 2,000pts total) with no force organisation restrictions. On the Sunday, players have a choice: if you can muster 5,000pts, you play in the grand finale apocalypse battle which is the culmination of the Ullanor conflict. If however you cannot build such a mammoth army, you instead play in two smaller 2,000pt games instead, linked narratively to the main event.

All in all I think it sounds like a great weekend of gaming, played in the spirit that (I think) 40k was intended - that is, thematically; playing out a story between a group of gamers where the results of one game materially affect the overall outcome.

The weekend has plenty of Imperials armies ready to play, but really needs Ork players, so if you are a Greenskin (I'm looking at you Keith, Daryl & Andy!) then it would be great for the campaign to have you guys - plus any other Claws & Fists readers of course - along for the fight!

The campaign details in full are here:

First of all I would like to wish all of the Claws and Fists readers a very (slightly belated) Happy New Year to all, may you all have a great gaming year in 2013!

Secondly I would like to ask you for your advice on two Kill-Team lists that I have.  Bit of background information first of on April Warhammer World is running Kill Team: Operation Mortifco.  The rule pack below this paragrah but basically it's 8 games throughout the day of 200pts worth of models, 3 of which get a USR.  1 model also gets designated as a leader and has a Necromunda esque upgrade table that you roll on at the end of each game. You can choose from 0-1 elites 0-2 troops 0-1 fast attack but you are required to have legally sized units.

I always take small armies and the lists I have prepared are no exception!

Stpace Marines "The Dirty half dozen"

As the paladin minimum unit size is 1+ he is a legal choice and I cant see anything in the rulepack preventing me from taking multi-wound 2+ save models.  The plan would be to stick the paladin as the leader and hope that he rolls a 3rd wound on the leader chart.  With a 3rd wound and eternal warrior he's even harder than usual.  The model count is again small but being interceptors the force is very fast and  will hopefully cause my opponent a headache as the only mission in the rulepack is an objective capture one I can just keep one Interceptor in reserve and shunt him in at the end of the game to claim it if necessary.  On top of that the bulk of the army having power weapons and storm bolters means going one to one with MEQ's means that I should edge them out

Anyone who can offer me any advice on which one to take will be taken seriously.  Hopefully my next few posts will document the creation of my kill-team and the first few games I have with them

Dave (The other other Dave)