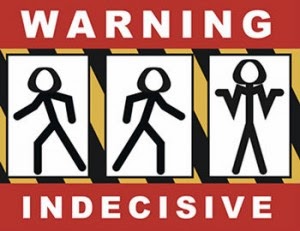 With the UK 40K Indie GT on the horizon I really need to get off my butt and put in some practice. I’ve been doing a lot of thinking about lists recently and am still undecided as to whether to go with Space Marines or Tyranids. Here are the two lists I’m stuck between:


I would say that the Marine list is probably better rounded and has fewer bad match-ups, it’s also shiny and new and I haven’t played marines for about 12 months so I’m quite excited about getting them on the table again.

The real weakness of the ‘nids is that they are still very reliant on assault and they’re just not quick or durable enough to do it well. The list I’ve written is somewhat shooty but can only target 3 or 4 different units and have any chance of making a significant dent in them. By contrast, the Marine list can target 6 or 7 units with a reasonable chance of doing something nasty to each one. That’s almost double the effectiveness and when you add in Tigurius, in terms of his powers, Warlord trait and Chapter Tactics, I’d say the firepower the Marines an put out is withering.

So why am I even considering Tyranids? Well, with the right powers they can be really effective. The ideal combo is that one Tyrant gets Iron Arm and the other gets Enfeeble; you’re kind of hoping that the Tervigons get Endurance, Enfeeble, Iron Arm or Warp Speed but it’s not critical (and you can always choose to keep catalyst if you need that FNP). But there lies the problem with the Tyranids, that’s a rather specific combination of powers on the Tyrants to really pull the list together and the chances of this happening in every game of a tournament is somewhat remote!

I also think that the way I’ve built the list encourages me to split it between a forward force of Tyrants, Doom and the outflanking Devil-gants and the more mid-field base of the Tervigons and Carnifexes. To get the most out of Tyranids you probably need to keep them all together, the problem with that is that there’s so much firepower on the board today that the Tyranids are not able to cross the board fast enough to arrive at the other side with enough force to make a game-changing impact.

There is, as always, a secret option 3 which involves Blood Angels allies and is based around the Corbulo/Tigurius/Centurion unit that’s been doing the rounds online recently:

I do quite like this list; in terms of model count it’s very close to the mono-SM list, it’s a little more flexible in terms of its scoring options with the Assault Marines able to come in from Deep Strike Reserves. Corbulo can be a game-changer with his re-roll and his 2+FNP which allows him to “Tank” wounds for key units (in this case probably the Centurions who get upgraded with an Omniscope). On the down-side I lose the Land Raider which could be tough for some armies to deal with and the Librarian feels like a tax as he doesn’t really add much, though he could be useful against some armies as a suicide “Fear of the Darkness Bomb”.

Either-way I do like the original Marine list but something keeps dragging me back to the drawing board to try and come up with a Tyranid list that I can get on with. I’m always open to ideas so feel free to chip in with a comment below.
Posted by Unknown at 10:00