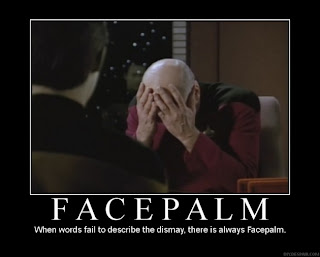 Game 2 was against a “friend of From the Fang”, Dave Crawford, and his Blood Angel Army. He opened by telling me all about how, he'd only just come back to 40k and that he'd not won a game yet. Dangerous talk because my confidence level shoots through the roof and I start to make mistakes. This time however I had promised myself that I would play each game as though I knew my opponent was the best person in the draw. So I had a look at his list:

The mission was spearhead deployment and cleanse (table quarters), I lost the roll and Dave chose to go first. He combat squaded everything giving himself 8 scoring units (Special Characters count as scoring in this mission) deploying roughly half his force on the left of his deployment zone and the other half on the right. He placed his Dreads in the back corner and held Dante and his Honour Guard in reserve, the Scouts infiltrated into cover on his left flank.

I decided to split my force to send Ghaz and a Battle Wagon full of Boyz off to take on the three combat squads on the right, the Stormboys and the other Battle Wagon went left after the other three combat squads and the two Trukks were set up centrally, aiming for the back corner and the Dreadnought. The Lootas were placed pretty centrally in my deployment zone with good LoS to both flanks and I held the Gretchin in reserve (for a change).

Oh I forgot to mention the Deffkopta, that's probably because I forgot to scout it and two rending shots from the scouts later it was toast. Bit of a bummer really as I'd planned for that to go and root out the scouts. This was to set the scene for a roller-coaster of dice rolls that did not go my way, Nuffle was clearly not pleased with me for some reason!

Dave advanced down both flanks spreading my forces further apart, I pushed forward and at the top of turn 2 he made a play for my Battle Wagons with his meltas. Surprisingly the one with the KFF was destroyed while Ghaz's BW emerged unscathed, I felt pretty good though because all of his assault squads were now in charge range. I kept my Meganobs heading towards the Dreads in their Trukk, everyone else piled out of their vehicles keen to take on some crunchy marines, the 18 shoota and 12 sluggas went for the 10 marines who took out the BW and the 15 Stormboys went in on the remaining combat squad. Likewise the other unit of shootas went for the Marines who'd failed to take out their BW and Ghaz made a b-line for the last combat squad harbouring the second priest. I have to say I was feeling pretty confident here, I thought I'd wipe him out with Orks to spare to hunt for Dante when he arrived. I was wrong.

The Stormboys failed spectacularly losing combat and getting run down, the other combat on the left was similarly unsuccessful with two 5-man combat squads running down the 30 boyz who piled into them. Fortunately the marines did suffer heavy losses and they fell back into close proximity making an easy target. Over on the right the Shoota Boyz were able to hold the two Assault Squads they were engaged with and Ghaz made short work of the combat squad he was aimed at, freeing him up to come back and support the shootas.

The collapse of my left flank meant that the Meganobs had to come back and mop up the remaining marines there, while they managed this they suffered two losses thanks to a remaining power fist. And headed off to settle the Dreadnought who were contesting the back left quarter. While all this death and destruction had been happening, Dante and his Honour Guard had turned up and were happily tearing through my Lootas and the Gretchin who had turned up only moments earlier. Not to worry I thought, they're not Sanguinary Guard so Dante doesn't make them scoring (Face-Palm!)

So I moved the remaining shootas on my right to threaten his Scouts and charged my Meganobs into the nearest Dreadnought … and then the game ended. Draw I thought and then Dave reminded me that while the Honour Guard were not scoring, Dante was and I'd lost by a quarter. Kicking myself does not come close.

Aside from forgetting about Dante there were a couple of things which lost the game for me, first was not scouting my Deffkopta to get a cover save, I think he would have comfortably had those scouts, as it was, they took him out comfortably. Secondly was my complete failure on the left flank, causing my Meganobs to have to come back to secure it and that stopped them being able to clear the Dreadnoughts from the back quarter.

Grr, a frustrating loss thanks to some bad dice, forgetting mission rules and playing an opponent who stuck to his game plan. I was staring down the barrel of going win-less, lets hope I could pull it together in game three which would be a show down between Ghaz and Yarrick! Stay tuned.
Posted by Unknown at 22:54