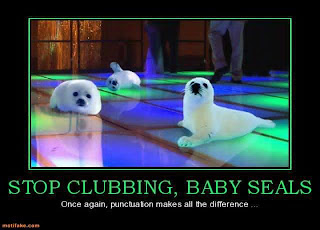 At last the Nids have got their Tervigon model! While I’m sure GW have missed the boat with many of the tournament players who have long since decided that the Tyranid codex is considerably underpowered when compared to the more recent Dark Eldar and Grey Knights releases, I have no doubt that the attraction of the bugs with your average hobbyist will see these kits selling pretty well. I’m definitely inspired to get on with and complete my Tyranid army now and will be putting my Orks on hold (indefinitely) to get this done.

The rather long wait for this model as given me plenty of time to consider the kind of build I want to pursue and indeed see the ebb and flow of tournament Bug lists. The Genestealer spam list looked like the army of choice for quite a while but having given it serious consideration, I just don’t think it’s me. I would say that it’s a bit too “horde-y” for my liking but given the list I’ve come up with below, that argument just isn’t going to hold up.

Well, what have I come up with then? Well, somewhat typically for me, it’s a bit of a hybrid (in terms of creatures) and it has pretty much no significant shooting what-so-ever.
So here is my 1750pt list for your consideration, comments are welcomed as always:

“That’s a bit of a ‘pick & mix’”, you may well say. I can’t really argue there, it does look like I’ve rolled dice to select my units in each FOC slot! However there is a method to my madness, the mix of method and madness remains to be determined via play-testing!

The basic idea is that the army operates as a tight unit in a phalanx, the Gargoyles are out front acting as a screen giving cover to everything behind and get across the table quickly to tie something up and to improve their chances of survival! Behind them are the Carnifex unit, joined by the Prime, and one of the Trygons, both of which should have Feel no Pain from te Tervigons who are behind them. The Venomthrope sits behind the Trygon/Carnifex line and in front of the Tervigons, giving them all a 5+ at least.

Outside of the phalanx, the second Trygon is held in reserve to deep-strike, as it’s too much of a target in with phalanx without Feel No Pain. The Ymgarls do their thing and the Doom drops with its Pod and I would expect to hold the ‘gants in reserve to preserve their kill point or to act as a “deck chair”.

All in all, pretty straight forward, but I find that simple works for me.

On the down-side it’s pretty slow but if the Gargoyle screen can survive then they can more than likely multi-charge to hold a couple of things up. If they don’t survive then it seems likely that my Monstrous Creatures will be across the table in good shape to mess things up! Of course it’s not optimal but what Nid build is optimal? I expect it to match up very well against some armies and very badly against others but it’s Bugs and I do love ‘em!
Posted by Unknown at 19:00