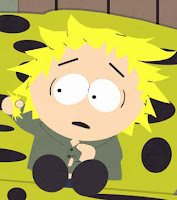 After a bit of a fail a couple of weeks ago with a list featuring The Parasite of Mortrex (read about it here), I think it would be a bit hasty to just discard him as my failure was more to do with me than him, or any unit in that army. So lets have a think about what it is I can do with an army featuring the Parasite, how can I build something that I could use successfully around him.

Firstly he needs a retinue, you can't expect a T4, 3+ save unit to just wander across the board into whatever combat it likes. The obvious choice is Gargoyles because they're jump infantry too, I've been using Raveners because I have the models. However, there's no question that Gargoyles are far better value for points both in terms of wounds and offensive capability against stock infantry, and it's against stock infantry that the Parasite should be applied. It's worth noting that the Parasite is something of a bully unit, he's really not that good against anything with a half decent save and his S6 lets him wound most infantry on a 2+, with 5 attacks on the charge you can't rely on rending to win you a fight when charging a unit of terminators, or even regular Marines. His high strength does mean that he's good against vehicles and you might think that Raveners make more sense if that's how you're going to use him, but Gargoyles with Adrenal Glands (I would always give them Toxin Sacs) are still better value.

Right, so you've got the Parasite and a chunky unit of Gargoyles to hide him in, but I don't think this dictates a play-style. It would seem an obvious choice to try and build a list that races across the table to engage the enemy as soon as possible, however I'm really not sure that's going to be particularly effective. I think with the right tactics, the Parasite and his Gargoyles can be an effective distraction/harassment unit with limited support or a counter attacker with next to no support. What I'm going to do instead is build a mid-table gun-line style army which is pretty easy to do with 'nids.

Following this strategy, the next unit I'm going to add is two units but I think they are rather brilliant together; a Tyranid Prime with Lash Whip, Bone Sword and a Deathspitter and two Carnifexes with two Twin-Linked Brain-Leech Devourers. This is one highly durable, devastatingly shooty unit that also packs a mean punch in close combat. So far it has been the stand-out unit in all the 6th Ed games I've played so far and I don't think I'd feel particularly comfortable leaving it out. Besides being able to put a serious hurting on pretty much all infantry, heavy, elite or otherwise, it's also effective against light armoured vehicles and Flyers. I've changed the load-out of the Prime to include a Deathspitter to mean he's got something to add at range and the lash-whip means he can confidently charge into cover with the 'fexes should the need arise. With that in mind, adding frag spines to the Carnifexes may not be a terrible idea, as Necrons are so popular and going first against them, even in cover, is going to be a big advantage!

Shoring up the firepower at mid-range are two units of three Hive Guard. There's not a lot to say about these guys that has not been said already. T6 with two wounds gives them the durability factor and a gun with two S8 shots each that ignore cover (most of the time) gives them some undeniable firepower. In my previous list I ran two units of two Zoanthropes, there were to act as unit support to buff key bugs with Endurance or to debuff enemy units with Enfeeble. Lets just say that the whole random power thing did not work out for me and they ended up being 240pts of comparative uselessness! I can only think that 300pts of Hive Guard will significantly outperform my experiences with the Zoanthropes and at least be more consistently useful.

Lets move to the core of the army, Troops. No surprises here, I'm going with two units of ten Termagants and two Tervigons, I'm not totally convinced that it's is enough but it's a staple and I'm not going to make a significant change just yet. In terms if load-out, I'm dropping the Crushing Claws I have used previously to save 50pts. Other than that I'm still taking three powers, Toxin Sacs and Cluster Spines and running the Termagants as they come.

This leaves me with 270pts left to spend. I want a list that's shooty and I have high volume mid-range shooting pretty well covered, all of this shooting is relatively high strength and can handle most vehicles and infantry. Since the meta is typically troop focused at the moment, adding some long range anti infantry shooting would seem a reasonable addition and for 90 points 2 Biovores look to be good value. I like the large blast and the fact that you can try to snipe specific models out of units with it, the range is also significantly longer than anything else in the list so I like what that brings to the army.

180pts left and I'm coming back to the Parasite and what he and his unit bring to the Army. Sometimes you're going to be content to sit at midfield and shoot, waiting for the opportunity to counter attack. Sometimes, however, you want to be able to go on the offensive, even if it's a feint, and a single unit is not going to be a significant threat and will be too easy to focus firs down. So I think I'm looking for another unit to support an offensive or harassment tactic. First thought is to give the existing Gargoyles Adrenal Glands (I already give them Toxin Sacs) and then by a second 20-man unit with the same load-out. However, I think what I want is something different, which I can use differently, also 40 Gargoyles are going to be very hard to manoeuvre effectively because they are pretty damn bulky.

I might come back to the Gargoyles later but for the moment I'm going to try a Mawloc with Toxin Sacs. With his Terror from the Deep ability he can get across the board quickly and be a threat, he's pretty tough and hit and run lets him get away to burrow again if he gets into trouble. On his own he's not a big threat and pretty easy to deal with, but used in conjunction with the Parasite's unit I think it will make for an effective tag-team and may allow both units to pick the specific targets they need to engage in order to be effective.

So this represents the development of my Blog Wars 4 List, the Zoanthropes, Raveners and Trygon are gone and in their stead we have Gargoyles, Hive Guard, Biovores and a Mawloc. I'll let you know how I get on.