Vanilla is my Favourite Flava Yo! 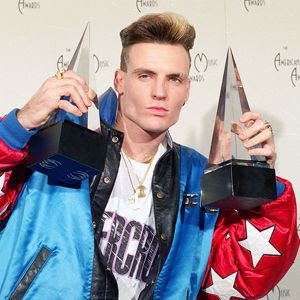 After my game on Thursday I'm pretty settled on taking the Marines to Open War next month, in fact I might just see the year out with them and take them to the Freebootaz Open in November as well. Next year will be the year of a new Tournament Army, what that is remains to be seen but for now my experiments with the Blood Angels are on the recreational front only!

This all links back to something I said a while ago, which I probably only paid-lip service to before and that was that you need to know your army to do well with it in a tournament. I think back to my hasty decision to take Blood Angels to the Warp Storm tournament earlier this year which was clearly a mistake because I didn't really know what I was doing with them. Some lucky results on the second day pulled me off the bottom of the table but it was not a good showing by a long stretch!

So back to the matter in hand, Open War 14 and Dorn's Lament. My game with Gav on Thursday gave me a bit of confidence back in my good old vanilla Marines but a conversation in the car park afterwards highlighted some room for improvement in the list. As it stands the list has a good amount of anti-armour capability and an answer to Monstrous Creatures and Death-Star units but what it probably cannot cope with is a Horde list. My usual counter to this would be a Thunderfire Cannon – relatively cheap, cover ignoring and devastating to massed troops; however It does have it's limitations being easy to kill, totally static and not much good against heavily mechanised lists.

So in this case I'm going to try an Ironclad in a Pod, not many horde units will have an answer for armour 13 so it will be able to tie up a large unit, possibly for the whole game allowing my other shooty elements, most notably the Typhoons, to focus on other threats, massed or otherwise. Not only is it useful for tying up scary looking horde units but it is also a major threat to vehicles and will be a priority target in most games which will give the rest of my army some room to manouvre relatively unmolested. Perhaps it's not the best solution to a Horde Army but I think I can make it work and it's got some flexibility to it.

So what's being dropped to get the Ironclad in? Well I know it's a bit harsh, particularly as they have done good things for me in the past but I'm dropping the Sternies. Replacing them with an Ironclad will leave me with some spare points and I have the perfect way to spend them. All of the Open War missions rely heavily on Troop choices being in position at the end of the game so I'm adding a 5 man Scout Squad and a Landspeeder Storm, the will hang out off the board and zoom in to contest or capture an objective later on in the game … well that's the plan anyway!

As an alternative to the Scouts and Storm, how about the following unit inspired by a recent post by Kirby:

There it is, what do you think of my horde deterrent Dreadnought? Are the fast scouts going to be worthwhile in their role as pure scoring units? Does this seem a relatively well balanced list? How can I tweak it for the Freebootaz Open where named & unique characters are allowed?
Posted by Unknown at 12:00