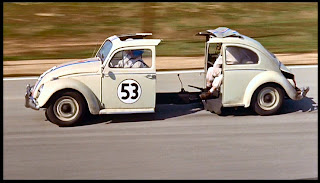 I have spent many hours today at my desk staring off into the ether contemplating red and blue Tyranids and how best to crush my foes with them. I think I'm ready to share my conclusions with you … though you may not like them :)

So, what am I planning to do with this? Lets start from the top:

The Hive Tyrant is an all purpose rapid response unit, he's fast, durable and kills things on the ground and in the air with equal aplomb (at least that's the plan)

The Zoanthrope is a buffing unit pure and simple.

The cheaper Tervigon goes for mid table and buffs and pumps out babies, it's remit is pretty much scoring and possibly a bit of a distraction, not sure if anyone will take that bait though :) The more expensive one is on outflank duty (thanks to Hive Commander).

The 'gants are either going to sit back and try to score or screen something, not glamorous really.

The Mawloc and Trygon are likely to burrow turn 1 and cause some backfield grief in turn 2 arriving (hopefully) with the outflanking Tervigon and the flying Tyrant. That TftD attack has got to be worth something now that cover's not quite so effective …

… and lastly the Carnifexes, these guys (along with the Prime) are my solution to Nob Bikers and most other nasty units. I'm not completely sold on the Crushing Claws as opposed to an extra set of TL Devourers but the potential is there for some unholy damage in close combat. I think they'll be stationed roughly mid table as a deterrent but will have no qualms about getting stuck in should combat present itself

Notable omissions from the list are (I would say) Hive Guard and Gargoyles. Let me just briefly explain why they've been left out. Firstly Hive Guard, at the moment I just don't see them being as useful as they were in 5th. I don't think we'll be seeing anywhere near as many vehicles as we used to and even if we do I can hit them so much easier now in close combat and my charge range is (arguably) a little bit further than it was, increasing my assault threat range. As for Gargoyles, well, I just don't have the models, I would love to take 15-20 of them but at the mo I have enough painting to do without all of those gribblies as well!

As usual I do appreciate your comments, I know this is probably not going to appeal to a lot of people out there and more experienced Tyranid generals are probably going to be able to tear it to pieces but go gently with your criticism and try to keep it constructive please ;)
Posted by Unknown at 16:00