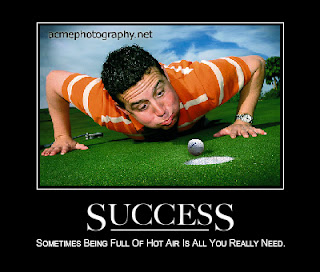 As you know this weekend Andy, Graham, Darren and I headed off to Tim (the scottish ETC captains summer tournament. There were plenty of faces we'd seen at tournaments before, a few first company vets and Alex from From the Fang and Matt who is the Robin to Alex's Batman.

Without a doubt this was the most complicated tournament we've ever been to, normally its just swiss style for 6 games, this time however it had a champions league of mini leagues on the Saturday (3 lots of 3 games) and then a knock-out of a quarter final, semi and then final.

I took Wolves having worried that Grey Knights were too few to do anything. (Didn't think that one through seeing as they won the top trophy with a list very similar to what I considered taking)
My list consisted of
2 Grey Hunter squads in Heavy Bolter Razorbacks
Both with Mark of the Wulfen and Wolf Standard
1 with a Melta 1 with a flamer

My first game saw me come up against a destroyer heavy necron list which I tabled in three turns, second saw me come up against Alex from the fang with his wych cult army, he got first turn, missed with both his dark lances and then felt the force of my wolves and again that left me with 500 VP's. So I came to my third game in pool 1 with 2 wins and full VP's to face a Tau army ran by the winner of last months BOTCH. This was unfortunately one of the most boring games of 40k I have ever played (not blaming my opponent at all). I got first turn which meant that I didn't have a target for my long fangs and left it too long to move them. In the end it was a narrow lost 125 to 83 but that still put me in good stead.

Second pool I found myself in the top half with Darren.
He was my first opponent and unfortunately for me he managed to steal the initiative. This led to an easy victory for him with his normal excellent Orky shooting not failing him. My second game saw me come up against Nathan Roberts with his Venom heavy Dark Eldar army. Again poor deployment cost me in this game and it was quickly over. My third and final game in the group saw me come up against a 21 man unit of Thousand sons with aspiring sorcerer. This was a pure game of attrition, could I do enough damage to him before he got into rapid firing range? The answer was yes and I ended pool 3 with 2 losses and a win.

Third pool saw me come against fellow Wolf Player and first company Vet Dave Pooley, the game was going quite well until he came into combat range with my dreadnought, I sent him in but unfortunately Dave had the luck of Russ (or perhaps its those accursed Scottish dice that Dave had won in a spot prize) and my dreadnought was dead and that led to me hiding and trying to save a few troops. My next game came against Blood Angels with a very close win again showing that the humble grey hunter with a wolf standard is the match for the majority of close combat troops in the game. The final game came against my long term opponent Graham White with his Guard, things seemed to be going well, I won deployment and deployed well having good lanes of fire, unfortunately Graham then stole initiative. Within 1 turn of shooting a win was impossible and within 3 turns Graham had tabled me and won the spot prize for fastest victory.

Sunday was ran a little differently with 4 knock out tournaments being held. Because I finished bottom of my last group I found myself in the trophy knockout along with Andy, Darren being in the one above and Graham being in the one bellow.

First of the knockout games saw me up against Matt the friend of Alex from From the Fang (Alex: Matt needs a better moniker than that) with his Blood Angels. The game rested on how much damage his baal predator with its flamestorm cannon did. Unfortunately for Matt he immobolised it when it went in to cover and it was dealt with simply.

My second game came against a beautiful Emperor's Children army and I saw the worst luck any player has had against me, 10 chosen, 3 melta guns and a plasma within 6 inches of my razorback, 2 meltas and 1 plasma shot miss, 2 glancing hits and a 1 and a 2 rolled on the damage chart. Again another victory for me.

So it came to the final and I faced off against Andy. It was a true game of attrition, could I kill him before he got across to me, in the end yes I could. I received a lovely certificate and a £10 Maelstrom voucher which coupled with my 15% tournament discount got me a nice set of Grey Knights.

Added on to my win was a win for Darren and a win for Alex from From the fang.

Blimey that was a long one.
It was certainly one of the best events I've been too and the BBQ on the Saturday night was excellent. Looking forward to it next year and the Caledonian open in January.
Posted by Unknown at 18:24