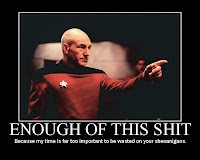 Eeek, I really don't think I was ever going to be able to wipe out the entire contents of any of his force org slots that were worth any points, except possibly his Fast Attack but I stupidly wasn't focussing on those!

Early doors I was concerned about his Colossus particularly as he took out 80% of my transports on his first turn. The only unit that could hit it was the Thunderfire Cannon and would you believe it 4 S6 hits, 1 glance and a 6 rolled which wrecked it thanks to it being open topped. Result and my TFC again proves it's worth in a tourney list, if it was ordinance I would take two (I may take two in the future anyway).

When my Raider for into range it was swiftly melta'd to death and while the unit inside wrecked house for a single turn they were then swamped by mass plasma gun fire and could not buy a 3++ save so sadly Vulkan and the Termies were wiped out in short order.

My Speeders were spectacularly ineffective managing only an immobilised chimera and a routed infantry squad (which was then ordered to get back in the fight) between them. Other failures of note were the 3 remaining members of the Tac Squad Colossused on turn 1 charged a maimed but unbroken 3 man vet squad and took three turns to wipe them out losing one of their own in the process - frankly embarrassing.

At the end of the game I had only 315 VPs left on the table and had not managed a single Battle Point, my opponent had 5BPs for my HQ, 2 for my Elites and 1 for my Fast Attack, he also got 3 bonus BPs for the difference in VPs which made it 11-0. It may sound one-sided, and it was, but it was a very enjoyable game and I feel if I'd had only a couple of dice rolls go differently I could have run him a lot closer. Something which was going to come back again and again in game three was my inability to roll anything but a 1 or 2 on the vehicle damage chart. Frankly f**k meltas if you are a consistent roller of 1s they don't make a bit of difference!

Shenanigans ahoy here! The deployment was a bit stupid because everything was held in reserve if you came on with a lot of units together it was a log-jam and may have been impossible to get everything on the table.Also deep-strikers were at a significant advantage, and to make matters worse we were not aware of a judgement that had been made to disallow outflanking onto the side of the table with the "Mouth of the Pass" objective on it.

What all this meant was that my opponent was able to deep strike his 'fex, Spore and Trygon into the Mouth of the Pass, he also outflanked his Hormies on that side and brought his Warriors up through the Trygon Tunnel. So the really killy part of his army was standing between my guys and winning the game ... enter the Thunderfire Cannon! Fortunately it came on on turn 2 so I only lost a turn of shooting with it but in turn three it was " Boom" no more Hormies, "Boom" no more Gargoyles and for the remaining two turns in whittled down the Zoans until they were reduced to a great disturbance in the "Warp" and nothing more. Is there anything it can't do?

I was also lucky in getting my heavy weapons in on turn two as well so I could start to reduce the Monstrous creatures in my way. The Carnifex managed to engage the Termies after they'd been blown out of their Raider by a Zoanthrope but Vulkan took his lat wound before he got to swing. They then move on to the Trygon Prime while a Tac Combat Squad Snuck around the edge to move into scoring position in the mouth of the pass. After a couple of brutal rounds of combat and many failed 3++ saves (again) I was out of Termies and Vulkan had a single wound left but undaunted he moved on to the Warriors and was able to keep them in combat until the game ended.

Sadly (for me) they were still contesting the Mouth of the Pass at the end of the last turn so the game ended as a tie: we both held our own deployment zones and the Mouth of the pass was contested by his Warriors (still fighting with Vulkan) and my Tac Squad that snuck along the back edge of the board to move into scoring position unscathed! So it finished 2BPs a piece, I won by 99VPs but the criterial for the Bonus Battle Point was a VP difference of 100 or greater! So close.

The Hive Guard and the Tyrant and his guard were remarkably ineffective thanks to the deployment leaving them well out of range of suitable targets. Im tempted to say that the TFC was my unit f the game again but I think it would start to sound like I'm being paid to promote it! Instead I've got to cite Vulkan in this game for finishing off the Carnifex, taking down the Trygon Prime and single-handedly holding the Tyranid Warrior Squad up so they could not get at my scoring combat squad. Much love to the Forgefather!
Posted by Unknown at 14:30