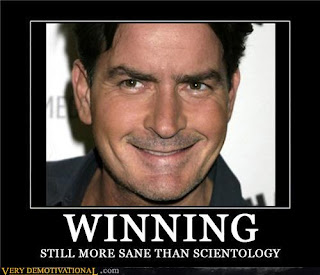 After a successful Friday night playing poker I woke up full of optimism for the weekend ahead. Mick and I were aiming to get down to Warhammer World at about 8 o'clock to sample the breakfast in Bugmans. This meant I had to roll out of bed at highly unsocial 7:30 in order to have time for a shower and still make the daunting 10 minute drive to the venue. Tough life living in Nottingham!


The breakfast did not disappoint, neither did the organisation; registration went smoothly and the Black Library guys had the pre-release books all set out ready for perusal. The tables at Warhammer World are all the moulded plastic Realm of Battle boards beautifully painted and flocked. I would say that the terrain was a little sparse, more like the 20% than 25%. That doesn't sound like much of a difference but when you compare it to the tables at Maelstrom every table I played on felt wide open. Also a note on the Realm of Battle boards, I've always thought they were better for pictures than for actually playing on, having played 5 games on them this weekend I have to say that they weren't as bad as I was expecting them to be. I still prefer a flat board but these did make a nice change.


Anyway, on to the tournament proper and I should start with my list seeing as I haven't posted it previously:

All of the Venoms had Shadow Fields and double Splinter Cannons and all of the units had various upgrades which I really can't remember.


Recap:
My foot units advanced in cover trying to secure the Ork Objective. The Battle Wagons advanced trying to pin the DE units into a corner. My deployment had put the Lootas out of range so they had to re position quickly. Fortunately my opponent had and appalling 1st turn of shooting, only managing to kill 4 Orks

His failed shooting had left him dangerously close to my lines and I got greedy and broke cover with one of my units and jumped the Slugga Boyz out of their BW in an attempt to charge 3x Venoms that moved fast, sadly my charge was even less effective than the previous round of DE shooting. With no cover to protect them the Orks fell in droves to the return fire and one 26 boy and the 18 Boy units were wiped out.

The Mega Nobz continued their advance towards the DE objective and charged out of their BW and into the 10-man DE squad on the DE objective. Wiping them out and taking the objective.
A turn or two of concentrated fire on Megan Nobz finally managed to kill one of them, they failed the subsequent morale test and were and escorted off the table. The remaining Boyz unit wre quickly whittled down and removed from the Ork objective with relative ease.


Recap:
I deployed the 2 Shoota Boyz units across 2 of the objectives, in cover, one taking the centre of the board, the other in my back right corner.

1 BW with Ghaz and the Slugga Boyz went left for the Objective in the far left corner. The Mega Nobz in the other BW went right for the other in the far Right corner.

The Zoanthropes dropped in turn 2 & 3 taking out a BW each time but being cut down by Lootas/Shootas in each of my following turns.

The Slugga Boyz took far left Objective uncontested because my opponent was focussing on the centre and the objective on my far right. However, the Mega Nobz & Shoota Boyz in the centre managed to resist a charge from both units of stealers (thanks to hugging the terrain) cutting them down to just the Broodlord.

The Mega Nobz cannot move fast enough to reach the Objective on my far right to contest it, and were out of position to support the Boyz in the centre Leaving them vulnerable to the firepower of the Devil-Gants and the Broodlord. When the dust had settled though, 5 Shoota Boyz stood firm to hold out and contest centre objective.

I reserved both Shoota Boyz units, and he reserved his Terminators electing to Deep Strike them.

The Slugga Boyz & Big Mek took their Battle Wagon left to take on Predator & Vindicator, Ghaz & the Mega Nobz went Right in their BW to take on the Land Raider.

The Slugga Boyz took out the Vindicator for no loss but the Lootas could only stun the Land Speeder. Worst of all Ghaz missed the charge on the Land Raider. The Crusader squad inside counter-charged and took Ghaz down to 1 wound also forcing him to use his Waaggh. On the up-side though he did take out the Emperor's Champion!

The Terminators dropped in to support of the left flank where the Slugga Boyz were eating through the armour (the Predator was taken out in short order), but the 1st unit of Shoota Boyz also arrived and tied them up, eventually wiping them.

The Mega Nobz counter charged to support Ghaz who managed to survive another round of combat on a single wound, and wiped the Crusader Squad. Following on Ghaz made short work of the Land Raider and provided a clear shot on the Speeder which the Lootas quickly dispatched.

The Crusader Squad on the left flank halted and wiped the rampaging Slugga Boys but a combined charge from the second Shoota Boyz Squad and the Mega Nobz took care of them clearing the Black Templars off the table at the bottom of the 5th turn.