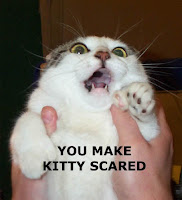 Let's continue with the Throne of Skulls wrap up, her are my games from Day 2


Two empty pods dropped to block in the Battle Wagons with a third Pod deploying the Honour Guard to attempt to blow up a BW. Their Melta Guns, being fickle beasts, missed and consigned the Honour Guard to their fate.
The nearest group of Shoota Boyz moved up and ate the Honour Guard and swept on to take centre Objective, both Battle Wagons rammed and blew up the Drop Pods and advanced up left flank. The 2nd group of Shoota Boyz consolidated to the rt covering both Objectives.
The Tactical Squad Pods drop on the right flank and start to whittle down the Shoota Boy squad there. The Assault Squad pour out of the Land Raider and blow up the Mega Nobz Battle Wagon but are out of charge range. Ghaz was forced to use his Waaggh to avoid a Fear of the Dark roll.
The Mega Nobs counter charge Assault Squad and wipe them, on the far left the Slugga Boyz charge the Dev Squads and wipe them out moving on to take top left objective. The Shoota Boys on right multi-charge two of the Tactical Combat Squads and wipe them out.
The remaining Tactical Combat Squads wipe out the Lootas and continue to whittle down Shoota Boyz. On the left the lone Librarian Fear of the Darkness’s the Mega Nobz causing them to run.
Ghaz charges and blows up the Land Raider, the mid-table Shoota Boyz unit strings out to cover 2 objectives, while the remaining Shoota Boyz unit on the right charge nearest Tactical combat squad and are wiped.
Ghaz passes a last minute Fear of the Darkness test and kills the Librarian


The Eldar get second turn, this is going to be tricky.
The Eldar objective is deployed in the extreme far left corner, the Ork objective is placed in cover table centre left.
Shoota Boyz deploy in cover on the Ork Objective, Ghaz with the other Shoota Boyz deploy in cover on left as far forward as possible. The Eldar deploy nothing and hold the Jetbikes in reserve.
The Slugga Boyz with the Mek in a Battle Wagon advance down the extreme left flank directly to wards the Eldar Objective. The Mega Nobz in their Battle Wagon came on to support the Shoota Boys on the Ork objective. The Lootas advanced on, roughly in the centre of the board.
The Vipers come on to threaten Ghaz’s squad on my left, the Seer Council, Dire Avengers & Prisms came in on my right to threaten my objective.
With no powers cast I shot everything at the council killing 2 and taking a wound off the Farseer. The Shoota Boyz took out a single Viper. The Battle Wagon on left continued to advance.
Concentrated firepower on the Shoota Boyz holding the Ork objective followed by Council charge wiped them.
The Battle Wagon on the left made it to objective and cordoned it off. The Mega Nobz counter-charged the council wiping them and consolidated towards Ork objective. The Lootas and Shootas combined to take out the Vipers
The Prisms and Wave Serpents turbo boosted to my side of the board, the Guardian Jetbikes arrived and turbo boosted close to my objective.
The Lootas took out the Dire Avengers' Wave Serpent, while the Mega Nobz circled the Ork Objective. Ghaz and the Shoota Boyz held midfield to be in charge range of anything coming across the board towards the Eldar objective.
One Prisim turbo boosted towards Eldar objective and the other lined up in board centre ready to tank shock onto Ork objective, the Dire Avengers moved into cover, towards the Ork objective.
Ghaz and Shoota Boyz charged and wrecked the nearest Prism. The Lootas could only Shake the other which then Tank Shocked the Mega Nobz off the Ork objective (who fell back) and the bikes moved in to score.
Turn 6 saw the Shoota Boyz and Ghaz Waagghing across the board and making it into combat with the Jetbikes, the Lootas also threw in with the assault. A ram from the Battle Wagon failed to take out the Prism. Fortunately the Jet Bikes were wiped and the Shoota Boyz made it into range to contest the Ork objective.
In Turn 7 the Eldar could not kill enough Orks to force them off the objective.


All that adds up to 4 wins and 1 loss for the weekend which, I have to say (again), I'm rather pleased with. I'm not oblivious to the fact that this was not the most competitive tournament in the world and the chances of me doing anything similar next month at at the GT are about the same as me making the San Francisco 49ers starting offence next season. However while not being super competitive, none of my opponents were push-overs and the only game which did not come down to the very last turn was Game 3, against the Black Templars.


I would like to respond to a comment our very own Grazer made on one of my previous posts. I was debating whether or not to take the Orks to this event because I was not completely used to them, I was considering reverting back to my Blood Angels for this. Now I do not regret taking the Orks and I definitely enjoyed playing them but if I had taken Blood Angels and managed a similar result, I would have been in the running to win the tournament (Ork Average score 11.85 vs Blood Angel Average score 6). It's lucky I'm rubbish with my Blood Angels or I might be thinking on what could have been ;)


Seriously though now I've got some good experience under my belt I'm seriously considering taking the Orks to the UKGT in March, I've just got to settle on how to spend the extra 250pts on bulking out this list.
Posted by Unknown at 22:25