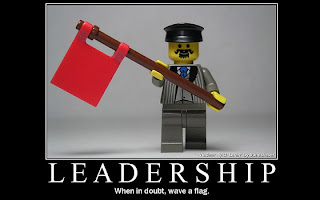 Game three saw me face off against Colin's beautifully painted Vanilla marines army which I personally thought were robbed not to win the best painted award at the tournament.

The mission was 4 objectives in a diamond pattern with the armies setting up in opposite corners in an L shaped deployment.
Now last time we played at Open War we got to deploy the objectives ourselves with some strict rules on how close they could be to the board edge and other objectives, our own Darren however found a way to break this (he drew a map and everything) which made sure that if you deployed an objective first you would end up with 3 objectives close to you and 1 objective close to your opponent.

I lost the roll off for first turn (damn you Vegas dice) and my opponent picked the corner opposite to the corner I would have picked so I was happy enough anyway.

He deployed quite bunched up while I tried to make sure I had the lanes of fire to three objectives covered with my Long fangs as there was a big piece of line of site blocking terrain in the middle of the board. I attempted to seize but rolled a 5 but cest la vie, I knew that first turn shouldn't be too heavy because he only had 3 missile launchers, 1 lascannon and 4 sniper rifles to offer long range fire power.

His turn 1 saw one of my rhinos explode but all the inhabitants got out safely, it also saw my las plas stunned, I fired back destroying 2 rhinos and their inhabitants being pinned, I also fired on the las cannon squad which were holed up in a tower, 2 died they failed their leadership and ran 7 inches. I had also hid 1 squad in a rhino behind the LOS blocking terrain and one of my speeders around the other side in ambush for the raider, my other speeder raced up the other side of the board to kill the scouts.

Turn 2 saw the librarian use gate of infinity to bring the assault marines closer, the missiles fired on the las plas but as I couldn't fire I had popped smoke and the shots hit cover. My turn 2 saw me poor fire into the dreadnought and eventually it exploded and killed a couple more marines with shrapnel, they failed their leadership test and ran 4 inches. I also managed to kill the scouts with flamer and melta.

Turn 3 saw the assault marines move forward to contest an objective. The land raider also went and sat in front of my ambush squad but unfortunately for Colin he didn't notice them and instead continued to try and kill my las plas that wasn't really doing a lot, it had cover so the melta shot hit a pile of rocks evaporating them but leaving the razorback alone.
It was at this point that I knew the game would turn, 3 melta gun shots all within half range to try and destroy the landraider and then 15 missile launchers 8 bolters 1 las cannon, a twin linked plasma gun and jaws to try and thin down the ranks of terminators inside. Unfortunately that old adage of best laid plans came back to haunt me, 3 melta misses and the land raiders occupants were looking very very scary. One success I had was killing the librarian and the assault squad with a squad of grey hunters and a Rune Priest.

Turn 4 saw the terminators discourage and run straight into my lines (it was at this point that the 30 minute warning was called) thankfully the greatness of a grey hunter with a banner and counter charge shone through, I lost 2 grey hunters, he lost 2 terminators and the combat was drawn. I then had a very similar choice as I did in the first game, do I save a squad or go and take another objective, I felt that I needed 4 scoring units to win the game and although time was getting tight I charged another grey hunter into combat with the terminators, the weight of numbers showed and the terminators were no more, both squads rolled a 6 for their consolidate move and the more decimated squad secured an objective while the others went for another.

It was at this point with 15 minutes left that Colin asked if we wanted to call it a day, he kindly pointed out that the win was mine if we stopped there but I didn't want to win like that so I said we would have 1 more turn 7 and a half minutes each if you aren't done you aren't done and we swap.

Turn 4 saw two squads take one objective, all I needed to do was contest it with a troop choice to win the game, two squads of grey hunters moved in, a multi charge later and all the opposition troops lay dead and I lay victorious.

With another turn I may have been able to finish the land raider to get an extra point but it was mainly my fault that we had wasted time because I knocked over a can of pop and had to sort that (sorry Brett who's land raider took vimto damage).

In the end I finished fifth, my best tournament finish ever. I was delighted. I don't think I could have played the games much better, I achieved all my objectives which were to think about the tournament missions and break into the top ten. I also managed to remember a bit of advice Darren imparted to me on Thursday, if you can do nothing else try and make them take leadership tests because eventually they will fail one or in Colin's case 4.

Open War really is a great tournament I wish there were more 1 day tournaments on the scene, its a tiring weekend and having a Sunday to recover is really nice. I played 3 fantastic opponents and I would like to thank them for making the weekend what it was.
Posted by Unknown at 18:00