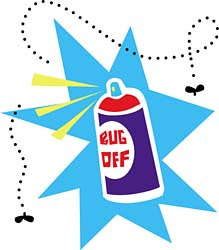 Since Graham was good enough to write a Tyranid Tactica piece, I figured the best thing to do would be to write a riposte from the Space Wolves point of view. First things first, Space Wolves almost seem to have been designed to take on Tyranids. Let's see why:

Every Space Wolf army you see will have between 8 and 15 Long Fang Missile Launchers. Plus with the option of Wolf Guard Cyclone Missile Launchers, you could be looking at 21 S8 AP3 shots before we even think about Hunter Killer Missiles. The Tyranid army has a lot of T6 monsters in it but they only have 3+ saves (apart from the Tyrannofex but, for some reason, no-one seems to like him) and quite a few multi-wound T4 creatures. So, we're insta-killing the T4 things and wounding the T6 things on a 2+. Plus, it's very hard to get cover for a monstrous creature. With 10 Missile Launchers, you are looking at killing an MC a turn on average.

Jaws of the World Wolf

Tervigons are officially awesome. Thing is seems to have been designed specifically to kill them. Even with +1 on your dice rolls, you're going to struggle to make (m)any initiative tests at I1. Carnifexes have the same problem and even though the smaller bugs are I4, if there are a lot of them, you can still do a lot of damage.

I do wonder how 'nids would fair against 'nids. There is literally no AP3 shooting in the whole codex so I've no idea how one horde would deal with another. Still the lack of AP3 is a real boon for any Marine army. It means you can afford to be a bit more reckless when it comes to leaving squads in cover. Although, speaking of which:

With only a couple of units able to take Frag Spines in the Tyranid codex it means that you can sit in cover and strike first if you get charged. This is especially a problem for Genestealers as with only a 5+ armour save they are Bolter bait and so need to hug cover to survive. This means that their I6 is largely wasted if you hide from them.

So, in general, we're just better than them. However, there are still some things we need to consider:

Wolves do anti-tank and anti-MC really well, mainly due to Missile-spam as mentioned above. However, we can lack a bit when it come to A-I shooting. A clever opponent will set up their units to minimise damage from Frag Missiles while rapid-firing Bolters are pretty limited due to range. Dealing with large enemy squads at range is going to be tough so you're probably better sitting in cover, double-tapping and then taking the charge. You'll be going first and if you get your Counter Attack roll then you'll hopefully do a fair bit of damage before they even swing.

The Tyranids have so many different deployment options that you really have to be on your toes.They can Infiltrate, Outflank and Deep Strike. A Chooser of the Slain really comes in handy when it comes to Infiltrators. Make sure you don't leave anything isolated for Outflankers - think about how far they can assault from the board edge and make sure you move any tanks that are in potential charge range to ensure that they aren't being auto-hit (this last piece of advice might seem mind-bleedingly obvious, but it is something that I have forgotten in the heat of battle) As for Deep Striking, try not to leave anywhere that is easy to Deep Strike into or if you do, use it as a trap.

When I posted a 'nid list yesterday, one of the things I talked about was giving your opponent difficult decisions when it comes to target priority. Now, this will come down to the exact details of your army but in general, I would shoot at the larger creatures first. If your Grey Hunters are in cover then they'll have a decent chance at holding their own in combat against the smaller organisms. They will have no chance against the MCs though so you need to try and take them out before they arrive. Basically, Missiles into big bugs (especially synapse creatures), Bolters into smaller bugs...