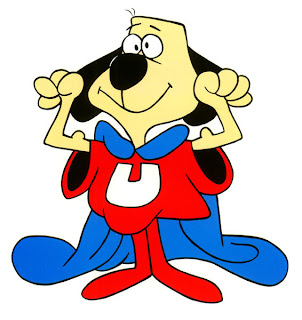 Thats right boyz and grotz of all ages. TheBaron is back with his weekly post just like he said he would be. This week I'm moving Codex and FoS again to keep things fresh. So without further ado I introduce you to this weeks Underdog the....Chaos Dreadnought!

Well, for an Elite slot, and a minimum investment of 100pts we get a Dreadnought with a MM with +1 Attack over our loyalist counterparts for 5pts less...good start...we also get the Crazed special rule (not so great) which I'll touch on shortly. On top of this we get a lot of options in reguards to what role the Dread will perform, some of them better than others, including the ability to take a second DCCW.


What We Don't Get

Cross-Codex comparisons are not something I normally do. However, I feel in this case its worth taking a look at the Codex Marine version. Its clear we don't get Drop Pods, nor do we get the option of creating the "Rifleman" we see popping up everywhere. We also don't get total control out of our "Crazed" killing machine, and all of these things somewhat limit the tactical flexibility of the Chaos Dreadnought.

I'm now going to move onto discuss briefly the main reason Chaos Dreads don't see much action, and that is the Crazed Rule, and more specifically the roll of "Fire Frenzy". Basically at the start of each Chaos movement phase you roll a die on a 1 the Dread goes into "Fire Frenzy", on a 6 it goes into "Blood Rage". Most gamers don't like taking risks, so this unreliability reduces its support in the online community...much like Shock Attack guns etc. The general concensus is Random = Bad...I say Random = Fun...and potentially devastating to you and/or your opponent...ie Fun 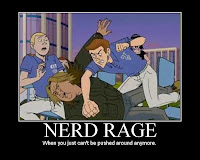 I feel this is probably the single most reason that Choas Dreadnoughts don't see as much action and it wasn't until writing this article that I came across the amount of Nerd Rage surrounding the interpretation of this rule. A quick search for Chaos Dreadnoughts Fire Frenzy will turn up threads on Warseer, Dakka Dakka and others. Here is a link to Heresy Online that covers a wide range of opinions.

The way I've always played it and seen it played at tournaments and in gaming groups around the UK is very different to how some of you out there seem to read it. Personally I agree with Stelek in his thread here. I don't necessarily agree with all his points, but his conclusion is spot on, and I feel "willydstyle" explained it in the most clear and eloquent way towards the bottom of the tread when they wrote:


Normal firing sequence for a walker is as such: choose a target, pivot the walker towards it (in the shooting phase) and then check LoS. The rules for fire frenzy in the Chaos Codex are not the normal shooting rules for walkers, and they state "in the shooting phase, pivot the walker towards the nearest visible unit." Since visibility is defined as "in line of sight" and line of sight on a walker is defined as "45 degree arcs from mounted weapons" when the dreadnought fire frenzies you change the normal firing order to this:

You are checking the LoS first, rather than choosing a target and rotating first.
Now this is a whole can of worms I'm not going to go into in this post, as that's not what Underdogs is about.  As a final point on Fire Frenzy, as the Crazed rule is rolled in your movement phase, you can move your other units out of its line of sight and leave them safe.

However, that being said if you or your group disagree with the above interpretation then you'll get less out of this Underdog unit as it will be a slightly higher liability to your troops...but thats not to say they are useless.

Well now that is out of the way we can get on with the rest of this article. As I said above we do get a number of options for how we equip the Chaos Dread and thats what I'll now go into:

Combat Beast: 2x DCCW, Extra Armour and a HF. This is a bargain at 120pts and suffers least of all from the "Crazed" rule as it can't really hurt your transports if it rolls FF and it gains FLEET if you roll BR! This is why this is probably the most common Chaos Dread build you will see. Advance this up with your transports and then use it to assault whatever comes near. It has a whopping 5 S10 attacks on the charge so this will put a dent into a lot of things. Best used in areas where the 360 LoS interpretation is in effect.

Close Range: MM or Autocannon with a DCCW, Extra Armour and a HF. I'd normally take the Multi-Melta over the Autocannon for 2 reasons:

However, if you face a lot of DE or Orks then the Autocannon may serve you better with it's longer range (for shooting Raiders/Ravagers) and twin linked nature. As above this can be used to advance up with your metal boxes and support them when the get out. While it has one less attack than the first build it still has more than a loyalist Dread and so don't be worried about getting stuck in. If built with the Autocannon then don't be tempted to sit back with it, advance and take the midfield, even though you have added range over the MM.

This build gets some benefit out of both Fire Frenzy and Blood Rage, as it's no slouch in combat and 4 Autocannon or 2 MM shots will have a big impact on the unit they shoot at...just make sure you keep your own units out of LoS if you roll FF!

Long Range: Lascannon/Autocannon and Missle launcher. For completeness sake I put it here as an option, however it suffers the most from "Crazed" and so I wouldn't champion this build personally. It will most likely be at the back in this role and as it has a 1 in 3 chance each turn of not doing what you want. Not really worth the price tag, but as I said, it's still an option if you want it.

Now we've looked at the build options and roles for the Chaos Dread I've just got a few closing thoughts on why I think they are Underdogs and deserve a run out.

You should always take one (or three) if you face Dark Eldar, and/or don't mind the odd bit of random-ness...you can guarantee the one time your opponent ignores it you'll give him 2x Multi Melta shots in the face thanks to Fire Frenzy!

You shouldn't take one if you are WAAC and don't like the odd random roll or you don't run any/many other vehicles.

As always, these are just my thoughts and opinions so feel free to leave me yours...