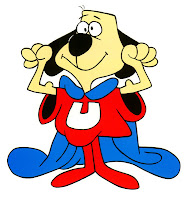 This week I'm going to jump back to the Nid Codex and the Heavy Support slot to take a look at the Mawloc. Now it's obvious that I think this unit is great...other wise I wouldn't be writing about it. So lets jump straight in shall we..

As ever we'll start by looking at what we get for our points. For 30pts less than a naked Trygon we get a S6 T6 beastie with 6 wounds and I4 not a bad start. On top of this we get a 3+ Save, Hit and Run and the Burrow and Terror from the Deep special rules set.

What We Don't Get

As they occupy the same slot, and are roughly the same points the Mawloc will often be compared to the Trygon, so lets have a look at what that has over our Underdog. With the Mawloc we get less WS and Attacks than the Trygon, and we don't get 2 sets of talons, or fleet. However this to me emphasises that the Mawloc isn't intended to be the combat beast that the Trygon is. 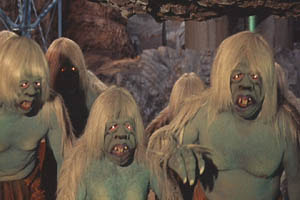 I like to look at the Trygon as a Hammer, where as the Mawloc is a Scalpel. What I mean by this is that its easy to use the Trygon, you point it at the enemy and run it as fast as you can towards them and hit them in the face with it. The Mawloc on the other hand should be used to delicately remove parts of your enemies army that could harm your important units or over all game plan. Both have their uses, however I feel the Mawloc deserves as much love, if not more than the Trygon. We also don't get the nifty tunnel to deploy another unit out of like the Trygon does, however 1) I've never seen this used anyway 2) it relies too much on getting your reserve rolls at the right time and in the right order so I don't give it a huge value to be honest.

How Would I Use a Mawloc

With the Mawloc I think its well worth the investment of Regeneration, because a) it's cheap and b) it will help you keep him on the table...remember you roll at the start of every turn for Regenerate, it isn't Feel No Pain. I've seen a Mawloc go from 1W to 4W with a lucky roll! This unit is still sub-200pts and I think that's pretty good.

I wouldn't bother with the other up-grades as he wounds most things on a 2+ so no need for Poison, and he shouldn't be charging things anyway, but if you do give it Adrenal Glands he'll still be going after the Agonisers that will hurt him.

The Mawloc isn't about combat...thats why he has Hit and Run! His mission on the table top is the one you rolled at the start of the game...and controversially it's better to go second if you have a Mawloc or two.

He should always start on the board and burrow turn one so that he get's his first template on turn two. Even in DoW games he can walk on and Burrow at any point in his move. Use this initial strike to hit units that will cause problems for your other troops such as Long Fangs, Crisis Suits, Predators, Vendettas, Lootas etc again this comes back to having that ability to Reach Out and Touch Someone. With 6 wounds, a high toughness and a decent save he should still be around on turn two. If he does get charged you have a 66% chance to Hit and Run anyway freeing you up to "Burrow" in turn 3 so that he automatically comes back in turn 4 to strike again. Now common sense should rule here, if the target unit has a lot of plasma guns near by then chose another target as your Mawloc will be short lived...and yes I did just shudder when I told the interwebz to use common sense!

Following this first strike re-burrow in Turn 3 to strike again in Turn 4. This time units should be out of their metal boxes and you should aim for things you can gain kill points from either though killing them completely or causing enough wounds to force a morale check. Tactical squads bunched up, gun drones from skimmers, grot mobs at the back etc etc. Now following this you have two options in Turn 5 you can either re-burrow and hope for a Turn 6 strike or you can move and assault something close by that you know you can finish off or take no damage from, ie last man standing, guard squad, and generally just mop up.

Also important to point out in this mission, with the Mawloc being underground for 2-3 turns added to high T/W and Regenerate its likely he'll be around until the end, unless you got him close to the aforementioned plasma gun squad, thus denying your opponent a kill point. 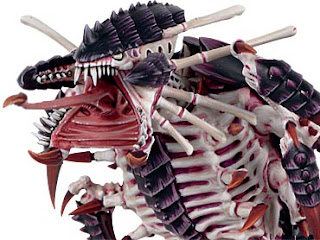 (Reminds me of an Ex)
Capture and Control

As above he should always start on the board and burrow on turn one so that a) he's protected from incoming fire and b) he will be able to strike from turn two. Now the first strike this time should be aimed at whatever is coming towards your objective be it a Rhino, Chimera or Vendetta all packed with scoring troops.

This has two effects. Firstly it stops your opponents advance mid table, and secondly it will get things out of their boxes either with it being destroyed or to shoot/assault your Mawloc..which means they can be assaulted by the rest of your troops. Now this is where things change a little. On turn 3 your Mawloc should NOT burrow unless their is something that will 100% kill him next turn. What you should do is use him for some mid field support to assault another box, or support another assault. The target saturation should be enough to limit his incoming fire to keep him around.

Turn 4 should see you re-burrow for a turn 5 strike on your opponents objective. As the game has the potential to end here it can have a massive swing. Alternitively you could infact rush your entire army towards your opponents objective from the off and have this little ace in the hole to strike back at your own objective if anything gets through. If it doesn't end there then hell you've got a Mawloc on an objective and I doubt the enemy will be able to bring enough guns to bear to bring it down in turn one, and if they do then a) it wasn't scoring, b) it's not kill points and c) it will take the pressure of any other units you want to run in to claim/contest.

Similar to above really so I wont expand too much. Use his first strike to hit transports to reduce mobility, or hit small long range fire squads such as Lootas, Long Fangs etc. Then just keep him doing his own thing turn 3, staying out of harms way, but not Burrowing again until turn 4 for a turn 5 strike on an objective to clear/contest and even a turn 7 strike on a different one. This will make your opponent wary about sending out a lone squad unsupported, or just leaving a small scoring unit back ie grots, penal legion etc.

So, summing it all up I'll close with a few final thoughts about why the Mawloc is an Underdog and should no longer be treated like the Bastard Ginger Step-child (BGS) the internet makes it out to be. Essentially it lets you play the mission, and therefore requires a bit of finesse, its not like its cousin the Trygon ie all about beating face. After all, you shouldn't use a sledge hammer to crack a nut! Yes the FAQ did blunt the Mawloc a little by allowing cover saves, but the FAQ did hurt the Nids bad in a number of ways...I'm looking at you "Shadow doesn't affect things in transports!", and thats only if the unit is in cover. Lets not forget it's S6 AP2...ie Plague Marine dead on a 3+ without Feel No Pain...Dark Eldar dead on a 2+ without Feel No Pain....Sanguinary Priest dead on a 2+ without....you get the idea.

One big internet argument is that it's 170pts+ for 3 templates a game max. Yes this is true, so that works out at 65pts per template with Regeneration added on. Each strike therefore needs to kill 5 Marines which even with a bad scatter is very do-able. However, the potential to swing the game in a last turn strike that your opponent can do nothing about...I'd pay a lot more for that. Coupled with its tough nature means its a kill/victory point denial makes a nice package. Now I admit the Mawloc won't win you a game by itself, like most of these Underdogs they need some support/synergy...but boy when you figure them out and they work you'll enjoy it. This Underdog goes well with a Pod or two, maybe a Trygon to take some heat off and throw in a Lictor for good measure.

Enjoy, and as always this is all just my opinion. Try it out and let me know your thoughts. If there is a unit you'd like to submit that you feel is an Underdog then drop me a message in the comments!

...actually I think the Ginger kid is scarier than the Mawloc...

I rolled: Both Down and a Skull....I'm playing Blood Bowl tonight and they were the closest dice!
Posted by TheBaron at 17:30