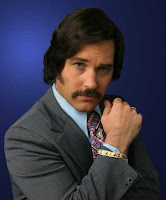 Game three arrived and I actually moved up a couple of tables, I'd managed to cram in a couple of pints in the interim so the disappointment of game two was well and truly behind me. I lined up against Myles and his Imperial Guard, from the sound of it he'd been having a tough day but IG are not my favourite thing to see lined up against me. This, however was not a list I am familiar with.

The set-up was diagonal deployment zones 18" in from each edge, the mission was to get units into your opponent's deployment zone with 2 points for scoring units and 1 point for each non-scoring unit. Bonus battle points could be gained from kill points as per the other missions.

Myles's List (I didn't get a copy of his list so this is as close as I can do given that I know nothing about the details of the 'dex, it's about 100pts short but I've got all the units in there, just missed some upgrades):

I decided to combat squad my Tactical Squads, partly to give me more scoring units but also to give me more first turn firing. My deployment was pretty much along the line of my deployment zone except for the TFC which was on a hill at the back of my zone, I held my Tac Terminators and Scouts in reserve. Myles deployed his Vendettas (one empty and the other with the Melta Vets) to his far left, the Chimeras and Leman Russ along his lines, the Heavy Weapon team deployed in cover towards the back of his zone with the Manticores next to them. The Valkyrie squad stayed in reserve with the other Vet Squads inside.

Frankly this game did not go well for my opponent and I seemed to be able to do nothing wrong. The Landspeeders had taken out his Chimeras by turn 3 so when my Assault Terminators made it to his lines they were able to eat his Leman Russ, Psyker Squad and Command Squad one after the other. The TFC and Land Raider broke the Vet Heavy Weapons Squad and even after the TFC was blown up the Techmarine gunner managed to route and chase down the flamer Vet Squad pretty much single handed. The scouts assaulted and ran down the Plasma Vets after a fantastically convenient 3rd turn reserve roll followed by the right out-flanking roll. Likewise the Tactical Terminators came in at the perfect moment, I Deep Struck them aggressively and they were able to take out the Melta Vet's Valkyrie and the squad inside didn't make it past the next turn. Basically I had probably the best dice I've ever had!

Conversely, the Guard could not hit a thing, not one of the Manticore large blasts deviated less than 4", the Punnisher Cannon managed only 3 glancing hits on a single Landspeeder before it was dispatched. 10 vets only managed to put 2 wounds on my techmarine who managed to run them down in a single round of combat. It was extremely one sided through not fault of my opponent, his dice just totally deserted him. He kept really up beat despite all this and played the game out to the end (it went the full 7 turns).

The final result was a 25-8 win to me and while it was great to get a win it felt very unfair on my opponent who I don't think put a foot wrong tactically, sometimes the dice just don't want to play, I think we've all been there.

Anyway, that was the end of the Open War for this year and I was very pleased to finish in 19th place out of the 66 people who attended. I was actually tied with Adam from the Space Wolves Blog who is a proper Internet Celeb, and he was on the table behind us in the first round so I got to say "hi!" and check out his minis. His army looks even better in person than it does in the pics on his blog posts and he seemed like a nice guy, it would have been great to have played him. Actually there were so many great armies present at the tourney I wish I could have played more games! But that's it until Open War 15, at least I've got the Feebootaz Open and the Unofficial UK 40K GT to keep me going in the meantime!
Posted by Unknown at 00:20