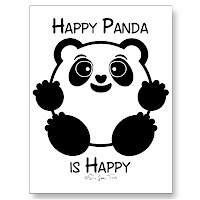 I had a pretty productive weekend last weekend in terms of hobby, well actually it was a productive Sunday afternoon, but I got so much done I could claim to have spent all weekend doing it.

First of all I decided on my Open War list, I think I've said this before in an earlier post but I'm a compulsive tweaker (that may be why girls give me a wide berth most of the time). I don't think I've ever played the same list twice and when it comes to tournament preparation I can make pretty sweeping changes from week to week. So this time I'm committing to a list about a month before the Tournament itself. I figure this will mean I can get a couple of practice games in with it to get all the kinks out before the tourney.

With the list set and emailed to the TO I could get Chapter and Squad markings painted on the relevant minis, just over 35 models in total. I'm now pretty good at paining blood/tear drops freehand. I'm not sure if I did the most sensible thing but I painted the drop in white and then went round the outline in black. I've seen it done elsewhere by painting a black drop and then filling it with a white drop to get the same effect but tracing the outline wasn't too hard and it worked for me. Anyway I'm pleased that's done, I thought the shoulder pads were looking a bit bare!

In terms of doing the Squad markings, I have two Tactical Squads and I want to be able to identify the combat squads within each squad so I've painted the vents on the top of their helmets different colours. We now have, yellow, green, red and white squads, this also makes me a happy panda.

While I had the paint out I decided to get the basing finished on the models who needed it doing. PVA - modeling sand - very watered down black paint - drybrush with Space Wolf Grey - Done - Smiley Face. I might spend the next few weeks before the tournament just touching up the details on a few models. I'm not kidding myself that I might win best painted (the standard is extremely high at Open War) but painting is a huge part of the hobby for me and I just love playing with nicely painted models. I also think I'm getting better at it and there's nothing like practice to get to that next level of quality.

Finally I'm actually writing this post on that very Sunday night, I had a little work to get done, which I did and now I can sit back in my arm chair, with a clear conscience, I've put on an old episode of the radio show I used to do for brap.fm (I did the Rock Show on a Dance-centric radio station, talk about an up-hill struggle to get listeners!) and I'm typing up this post with another one in the bank scheduled to post on Monday. Life is good!

Oh, here's the list I've committed to for Open War, feel free to comment on it but it's not changing as it's been emailed to the TO:

So, what's the plan? Well the list is built on three levels: back-field, midfield and assault, this is the way I always think about the board when I build my lists, I figure that one unit needs to support another as I move across the board. Most missions require you to move towards your opponent to seize an objective or to accomplish some goal so I figure my list needs to be able to support itself on the move, besides I like to play somewhat aggressive whether that suits the codex I'm playing of not!

Basically that TFC and Dreadnought are dedicated back-field players, the two Tac Squads are going for the midfield and the Termies int he Land Raider are heading into my opponent's half to mess stuff up. The Scouts, Speeders and Tactical Terminators are flexible units, mobile and able to provide a variety of roles; the Scouts could infiltrate if necessary or hang out at the back to provide some (limited) fire support, they're basically in there to be a scoring unit with a tough cover save. The Speeders are primarily back-field fire support but they are highly mobile and can be used for blocking if necessary and the Terminators are mobile fire support, able to move and deliver all their firepower to wherever it's needed.

That's the gist of the list but there's no specific plan, I try to play flexibly so that I can adapt to my opponent. I'm sure there's benefits in having a defined strategy and sticking to it but I'm just not a good enough tactician to be able to think like that so I prefer to be able to adapt as required ... we'll see how that goes!
Posted by Unknown at 11:00