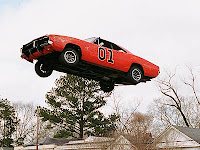 Open War 14 has been and gone and I've got to say it was a roller-coaster ride of a tournament for me. Actually it very closely mirrored the events of Open War 13 but with just a touch more drama. So here's the overview of the first game of the day:

Like most other tournaments I was up until gone 1am on the night before finishing up some painting and re-drilling the magnet holes on my Land Speeders, it just doesn't feel like a tournament unless you turn up a little short on sleep! This time however, my wife would be driving Gav and I to the venue and picking us up afterwards so beer was go! Awesome :)

First game was against Harry and his four Battle Wagon Ork List, I've played Harry and this list before and although I knew I was in for a tough game I did think I had a decent chance to at least run him close. The mission was table quarters with pitched battle deployment, 2 points for each troop in either of your opponents table quarters, 1 point for troops in your own table quarters, no points for contested quarters.

I went first and deployed fairly tightly in the centre of my zone and outflanked my Scouts, Harry set up his Battle Wagons on my right flank and his buggies on my left. My plan was to make a big mess in the middle of the board (the terrain lay out meant that this would slow his advance to my left flank), force him to get out of his wagons so I could get stuck into his troops with some TFC and Typhoon goodness.

It didn't exactly go down like that and early doors we both wiped out our opposing left flanks, I took out his buggies and he took out my Tac Termies and Dread. But while this was going on I did manage to get him to focus some of his attention towards the centre of the board and my TFC did manage to pay for itself routing a squad of boys and taking out 2 units of the buggies on its own. In the end it was destroyed by a magical Battle Wagon that could apparently tank shock and Deffrolla units on the 1st floor of a ruin.

At the time I couldn't be bothered to argue the point, even though I thought it a bit dubious, so I deferred to my opponent's apparent greater knowledge, but looking back over the rules I don't believe this is possible as I'm sure vehicles cannot go above ground floor in ruins. Fortunately this did not turn out to be particularly key to the result and Harry took the game 23-12: he had both of my table quarters and I only contested his but he managed to take 10 Kill points off me and I only managed 5 of his.

Key points in the game were my inability to blow up any of his Battle Wagons particularly when I had managed to clog up two large units of boys in the middle of the table, the resulting explosions could have swung the game. I also had some trouble making 2+ saves and my Termies (tactical and assault) went down without much of a fight. The TFC and the Scouts were the two units that kept me in the game, the Scouts were able to contest a table quarter thanks to a good outflanking roll and the TFC accounted for 3 of my 5 kill points, don't leave home without one!

One last incident of note was a bold attempt by my Librarian to ID his Warboss, I charged him out of my immobilised Land Raider, managed to hit twice and luck seemed to be with me as I rolled a five, sadly he made his 5+ invulnerable and I didn't have to take my leadership check for Force |Weapon him out. My Libby was no match for his Power Klaw on the return swings.

Anyway, it was a good game and not a bad start to the day given the callibre of my opponent, I figured things would probably get better from here on in.
Posted by Unknown at 00:19