I am but a Fool 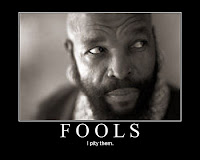 After my sloppy performance in game 1 I dropped down about 8 tables and faced off against Ed, a mech Blood Angels player who had also been down on his luck a little in the first game. The mission was 4 objectives; 2 pts for an objective held with a scoring unit, 1 pt for an objective contested with a scoring unit, Kill Points provided Bonus Battle Points and the deployment was in L-shaped zone 12” deep and half the width and length of the board in the corner of opposite table quarters.


I won the roll off this time and elected to go first as I had my eye on a nice piece of terrain to bolster and put my scout into for a late game objective run ;) Looking back on it I probably should have gone second given his speed and the fact that the game was set for 6 turns, last turn is a massive advantage in this sort of mission. But I was very concerned with his mass of long range shooting and I wanted the option to take out or stun-lock as much of it as possible as early as possible, with hindsight: I chose poorly (bad decision no.1)!

I set up my Scouts in bolstered ruins on the far right of my deployment zone with the two Land Speeders next to them out of line of sight, the TFC was set up on a hill right in the back corner and the Land Raider and Dreadnought were set up to the extreme left of the zone. I chose to reserve my two tactical squads in their Rhinos and also chose to deep strike my Tactical Terminators. Ed used his Land Raider and Predator to give covert to the Assault Cannon and Lascannon Razorbacks respectively, the Dreads were in the pods in reserve.

Turn 1 went really well for me wrecking the Predator taking the weapon off a Lascannon Razorback and shaking the other. I also hit his Land Raider with an Earthshaker round from the TFC and would you believe it, he rolled a 1 for his dangerous terrain test in his first movement phase … the TFC strikes again! His alpha-strike Dreads took out my rifleman Dread and the Land Raider, one was pounded to death by the disgruntled Assault Termies and the other looked to be turning it’s attentions towards my TFC.

Both my Rhinos made an appearance next turn, one zooming on 12” to capture the nearest objective on my left flank, the other, rather stupidly placed itself between the TFC and the Furioso. It would have looked a lot cleverer if the two Melta shots the crew fired had destroyed the Dread but they could only stun it and now it looked like a precious scoring unit would have to stick around to finish off the job (bad decision no.2)

The next few turns are a bit of a blur and contained other little mistakes which ended up adding up to a whole big mess on my part and turning what was looking pretty good into an unwinnable position by the bottom of turn 6. Here are some of the key moments:

On turn 3 I decided to break my scouts from the bolstered ruins to get into cover closer to an objective, they didn’t quite make the dash in one turn and one got picked off out in the open. Also this turn I got my Tac Terminators and decided to deep strike them in behind the Land Raider for an easy kill point, while this meant he could only get a single lascannon shot on them they were miles out of position to help in contesting objectives and supporting my scoring units. They even spent a turn stood still when I forgot to assault them into the Raider loosing a precious turn of movement – they did explode the raider next turn though.

My Assault Terminator squad, (after killing his Blood Taloned Furioso Dread) spent the entire game milling about in midfield, I didn’t commit them anywhere and my Scouts really needed to be reinforced. The Tac Squad I’d brought on to support my TFC (how stupid does that sound) had it’s Rhino blown up by a Lascannon in turn 3 and so had to spend a turn shooting the Furioso to ensure that it could not lock them into combat and so, as they were now on foot, they could not make it into position to reach an objective by the end of the game and ended up in no-man’s land.

Ed on the other hand was making all the right moves, his two remaining mobile razorbacks were moving out along the board edges towards objectives and the remainder of his forces were coming up the middle to contest the objective I was heading for. At the bottom of turn 6 he was in position to take an objective I was not contesting, to assault the depleted scout unit on one objective and to move a single marine I had neglected to kill to contest the other objective I held. The assault went badly for the scouts and they were wiped out.

So at the end of the game he had 5 points from 2 objectives and 1 contested and I only scored 1 point for the objective I had contested which gave him a win by 13 – 7. However the final score (taking into account Battle Bonus Points) was 18-17 to Ed, very much closer thanks to the fact that I took 11 Kill Points for the maximum 10 bonus points, Ed could only manage 5 bonus points. That should have given me some comfort but in truth I was so completely frustrated with myself for making so many basic mistakes that I just couldn’t take anything positive away from this game.

Ed was great to play against, really nice guy and to his huge credit he really kept his head together after what must have been a pretty demoralising first couple of turns when I took out so much of his army with some hugely lucky dice rolls. He stuck to his task, positioned himself really well and I was so full of blood-lust (I was so confident that I was going to win I just concentrated on getting kill points) that I just didn’t notice what he was doing until it was too late. Fortunately for me my killing spree of the first couple of turns managed to keep the game to pretty much a draw as far as the final score was concerned. But tactically I was outplayed and I give my opponent full credit for a well won victory.
Posted by Unknown at 00:20